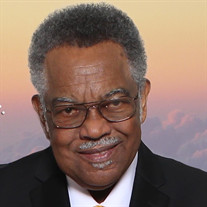 A GLIMPSE OF WILLIE FRANK (BILL) SPIGHT’S 77 YEARS In Memphis, TN, May 15, 1942 was a special day as Zelma (Smith) and Henry Allen Spight welcomed their second child who they fondly named after a favorite relative Uncle Willie Frank. So Willie Frank Spight also known as “Bill” or “Billy” began his journey. Bill often spoke of his wonderful childhood days visiting his grandparents Big Mama and Big Papa Smith in Holly Springs, MS. and Mother Freeman in Ripley, MS who always made “salmon patties and coconut cake” for him. Oh what youthful joy as they ate watermelon straight from the “patch” and rode Big Papa’s horses. Many hours were spent reliving his days with his five siblings. I don’t think they ever resolved who made the hole in the wall that they hid behind the washing machine so mom and dad wouldn’t find it. Bill readily admitted that his family did not have much materially but always had something to eat even if it was potted meat and a roof over their head. He was so concerned about the welfare of his family that he took a job while going to high school and religiously gave the money to his parents to help with expenses. Bill graduated from Booker T. Washington High School, Memphis, TN in 1960. After several part-time jobs Bill joined his brother and enlisted into the U. S. Air Force February 2, 1961. At the time of his retirement in 1988, Bill had attained the rank of Master Sergeant and completed 26 years of Military service. He served as both a Ground and Airborne Radio Operator. His military decorations and awards include the Meritorious Service Medal, Air Force Commendation Medal with two oak leaf clusters, three outstanding unit awards, a Presidential Unit Citation Award, Vietnam Service Medal and the Good Conduct Medal with 7 oak leaf clusters. MSgt. Spight had more than 2,000 hours on the HC-130 and EC-135 aircraft. As the opportunity presented itself, the Spight Family was able to travel to both continental and overseas Air Force Bases. Each change was a chance to align with a local church congregation and serve God. Bill worshiped in 10 congregations and served as a deacon in 8 of them. He was first ordained on Sep17, 1971 and served joyfully and faithfully until his untimely illness in 2019. A family man best describes Bill. He observed the behavior of his father and tried to emulate him in many ways. He ensured his family was well provided for and guarded his financial standing with great care. He loved his siblings and always remembered each of their birthdays with a card and “lunch on me.” Bill loved his in-laws as he did his own brothers and sisters. Needless to say, they loved him equally as well. His children and grandchildren were his pride and joy. Pop Pop, as they fondly called him, wanted the best for them and eagerly rewarded outstanding academic performance. Family vacations in Florida were carefully planned to developed unforgettable memories. In addition, he was fondly known for spoiling his wife, Betty. Their love for each other even after fifty-one years of marriage was evident by the fact that they were always together right to the end. If you saw one of them, the other was not far behind. As she said “He went from my arms to God’s arms.” Bill’s life was well lived. He leaves to carry on his legacy his devoted wife, Betty, two wonderful children, Bill, Jr (Zabrina) and Bettina (Ramont), four adorable grandchildren, Willie III (Tre), Zaria, Joseph II (JJ), and Zion. Godchildren, Toni and Dee Owens. His siblings Lee Allan Spight (Charlotte), Carolyn Wadley (Fredrick, Sr), Alvin Spight, Sr. (Gloria), Marilyn Gardner (Perry), Nieces, Nephews, Great Nieces and Nephews, Military Families and Friends around the world. Heavens welcome home team included his mother, father, grandparents, brother, mother and father-in-law, brother and sister-in-law. GOD HAS SPOKEN, LET THE CHURCH SAY AMEN

A GLIMPSE OF WILLIE FRANK (BILL) SPIGHT&#8217;S 77 YEARS In Memphis, TN, May 15, 1942 was a special day as Zelma (Smith) and Henry Allen Spight welcomed their second child who they fondly named after a favorite relative Uncle Willie Frank.... View Obituary & Service Information

The family of Willie Frank (BILL) Spight Sr. created this Life Tributes page to make it easy to share your memories.

Send flowers to the Spight family.