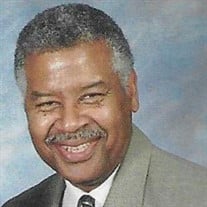 https://livestream.com/accounts/7325565/willieleonard OBITUARY OF WILLIE CLYDE (BROTHER) LEONARD Legacy of An Extraordinary Man Who Remained True to Himself On March 26, 1953, God beautifully blew life into Willie Clyde Leonard and blessed his parents, Albert and Thelma Leonard, with what would be a glorified life fulfilling God’s best that was yet to come. Willie was born in Tyler, Texas and attended Peete Elementary School and Robert E. Lee High School. He continued his education at Tyler Junior College. He worked at Tyler Pipe Refinery while in high school, defining his excellent work ethic that led to numerous career paths throughout his entire life. Willie’s career continued with working for Loomis Fargo Company and the Renaissance Hotel. In his spare time, he also enjoyed being a part of the University of Texas Football Stadium staff where he was a supervisor for numerous years. He also was a member of the Alpha Tau Alpha Fraternity, member of Masons and served as a Potentate of the Shriners. Culminating his career, he proudly dedicated nearly two decades of exceptional service as a manager at HEB. Throughout a major portion of his adulthood years, Willie was an active, faithful and devoted member of Mt. Zion Baptist Church in Austin, Texas. He took on the role of a Deacon, Chairman of the Trustees, member of Sunday School, Men Chorus, and Mass Choir. His wife said he had the absolute best tenor voice! She loved to hear him sing. He was a master planner, great organizer, and meticulous in implementing projects with excellence as evidenced in his heartfelt contributions to the construction and completion of the “Mt. Zion Family Life Center” which was one of his proudest moments. Among many things, Willie loved his family dearly and took great pride in protecting them at all cost. There was no doubt in his son, daughter or wife's testimony that he would have laid down his life for them in a twinkling of an eye. He was our great protector. He loved good food, eating, and made the absolute best hamburgers! Willie was very sharp and excellent with math, paid attention to detail, and was very security minded, took great pride in keeping his vehicles clean, loved watching sports, Family Feud with Steve Harvey, CNN, Jeopardy and his favorite movies, Air Force One and Rush Hour. Willie was very punctual, never late, and always prided himself in arriving 30 minutes to an hour early for all his appointments. He'd be sitting there waiting on you! He enjoyed racing cars, riding his three-wheeler, and dancing. He was a master charmer and good at stirring up mischief within our family gathering with love of course! He'd say, “there was an art to being noisy.” In 1978, Willie met the love of his life, Deborah Lee Tolliver, at Texas Lutheran University in Seguin, Texas. They formed a union on December 22, 1979, and produced two wonderfully blessed children, Xzavier Bryant and Ashley Danielle Leonard. In 2003, Willie became a proud grandpa to his beautiful granddaughter, Mariah Jasmine Leonard. Two days after Willie went home to be with the Lord, he was blessed with his first grandson, Anthony Xzavier Tubbs. Look carefully at the birthmark on his grandson's right cheek; it's a perfectly shaped heart!!! Nobody but God would place a birthmark so visibly seen by all to let us know that my husband has indeed seen his grandson and kissed his cheek! To God be the Glory forever & ever. Amen! Thank You Lord in the midst of our deep sorrow, You're allowing us to rest in the Blessed Assurance of Your Amazing Grace! We honor You Lord and bless Your Holy and Most Righteous Name! Above all these accomplishments and blessings, Willie’s greatest joy was the assurance knowing his Savior Jesus Christ had redeemed his life as he would have eternal life. He would always say, “Thank God for His Glory!” He proclaimed just as Simon Peter answered and said, “Thou art the Christ, the Son of the Living God.” For Willie knew that flesh and blood hath not revealed it unto him, but His Father, which is in Heaven! His final words highlighted in his Sweet Hour of Prayer book, were “I pray Your Kingdom would come and Your will be done in our church. Bless the church, Lord. Prosper and protect the church. Keep bringing renewal to the church. I pray for the elders, Lord. Give them Your wisdom to govern during this critical time. Protect them Lord.” Among those remaining to thank God for a life of precious memories are: Willie's beloved wife, Deborah; children, Xzavier and Ashley, and Ashley’s fiancé, Ryan Tubbs; grandchildren, Mariah and Anthony Xzavier; siblings, Patricia (Howard) Childs, Susie Hodges, Albert Leonard, Jr., and James Leonard; step grandchildren, Dynisha, Brina, Anthony, Ariana, and Isaiah. He also leaves behind nieces, Rakia Leonard, Nakia Leonard, and Teonna Leonard; nephews, Howard (Mary) Childs, Jr., Kevin (Michiko) Childs, Eric (Donna) Leonard, Tal Belvin and a special great nephew, Mathis Belvin; aunts, Flossie Mae Burns and Willie Bell Walker; uncles, James Leonard and Charles Leonard; special cousins, Wardaleen Belvin, Albert L. (Kathy) Black, and Barbara (Robert) Blackshear; brother-in-law, Thomas Tolliver; other special family and friends, Jamilah Stockwell, Shatamia Jackson, Matthew Ledet (godson), sister-in-law, Carolyn Diane (Cornelius), Mary Sobers (Grandma Bea), Roberta Reed, Charles Reed, and a host of other relatives and friends. Also left to mourn Willie is Sadie, who was the family’s best friend and constant companion, and followed them everywhere she could; Willie’s heartfelt love for Sadie was enormous and unconditional.

The family of Willie Clyde (Brother) Leonard created this Life Tributes page to make it easy to share your memories.

Send flowers to the Leonard family.