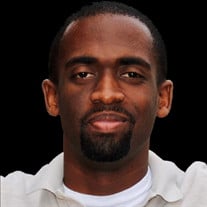 https://www.flipsnack.com/alcbf/vincent-banks.html Vincent Lamar Banks was born December 26, 1986 in Temple, Texas to James Vincent Banks and Barbara Royster Banks. He was the middle child of three children. He was given to Christ at the age of 5 months in 1987 at Springfield Baptist Church in Rockdale, Texas under Pastor S.L. Ross. Vincent was baptized at Antioch Baptist Church in San Antonio, Texas under Dr. E. Thurman Walker. Vincent and his siblings enjoyed playing with animals of any kind. Vincent enjoyed nature as a child and loved to go with his “PaPa” in the country. Growing up Vincent played basketball, football, baseball and racquetball. He loved video games. Vincent had the opportunity to travel and live at several places and locations all around Texas and the United States as his family would relocate and move for different job assignments. Vincent was a 2006 graduate of Stephen F. Austin High School in Sugarland, Texas. Vincent relocated to Round Rock in 2006 with his family. Vincent was employed in his older brothers’ logistic company in Round Rock. He also worked for Vertex Cleaning Company in Austin, Texas. However, he found his ideal job working for a Surveying Company. He loved working in the great outdoors. He was a hard-working young man that gave his all. He loved his parents, brother Jason and sister Brielle. Vincent would tell his family how he would read the Bible looking for guidance from God. He knew God was in control of his life. Vincent departed this life on February 7, 2022. He was preceded in death by his Grandfathers James H. Banks Jr and Waverly H. Royster and Grandmother Anna Reagan Royster. Vincent leaves to cherish his precious memories parents James Vincent Banks and Barbara Royster Banks, brother Jason (Jamela) of Round Rock, Texas, sister Brielle of Houston, Texas, Grandmother Johnnie D. Banks of Rockdale, Texas and niece Jayla. Also, his aunts Jhamhon Banks Nealy (Michael) of Fort Worth, Texas, Anita Reagan, of Belton, Texas, Dorothy Hall (Kevin) of Cibolo, Texas, Della Rowe (Terrance) of Mesquite, Texas and uncle William Royster of Killeen, Texas. Lastly a host of uncles, aunts, cousins, relatives and friends.

https://www.flipsnack.com/alcbf/vincent-banks.html Vincent Lamar Banks was born December 26, 1986 in Temple, Texas to James Vincent Banks and Barbara Royster Banks. He was the middle child of three children. He was given to Christ at the age... View Obituary & Service Information

The family of VINCENT LAMAR BANKS created this Life Tributes page to make it easy to share your memories.

Send flowers to the BANKS family.