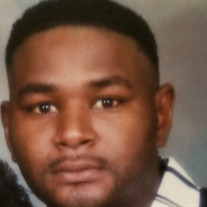 Victor “Vic” Darnell Holmes was born to the union of Vernon C. Holmes Sr. and Evelyn L. Falkquay on January 19, 1961 in Austin, Texas. He attended Austin area schools where he played sports including basketball. Victor later united in marriage to Lisa Armstrong and born from this union was Victor Armstrong and Vincent Holmes. He later had children Virgil Holmes, Tanisha Holmes and Javar Holmes with Tammy Chambers as well as gained a Son in Love, James Chambers – Ellison. In years to follow he had Kelvin Holmes with Karen Williams. He accepted Christ at a young age and attended Community Sunrise Primitive Baptist Church where Elder Lester R. Collins, Sr. was Pastor. During his time there he served as an usher and sung in the choir. He later became a member of Mount Calvary Primitive Baptist Church where he served under the leadership of Elder Daniel Thomas Sr. until the Lord called him home. Victor had a robust work history working in positions for companies like Frost Tech, The University of Texas at Austin and most recently, Gucci Home Health Care where he showed his care and compassion for people working as a home health care provider. Throughout his life he also shared the love of working with his hands in carpentry alongside his father and brother. Victor loved spending time with his family and friends and adored his grandchildren. He was very social and most recently you could see his love for people on his Facebook posts with words of encouragement and compliments to lift people's spirits as well as during his conversations and interactions with those that he met. He greatly enjoyed music and was skilled in playing the piano and guitar. He wasn’t shy and would play for or serenade anyone. He even joined a band with one of his long-time friends. In addition he was an avid sports fan and rooted specifically for his favorite team the Dallas Cowboys. Victor was preceded in death by his parents Vernon C. Holmes Sr and Evelyn Falkquay-Hunter, his brother Vernon C. “Junior Boy” Holmes Jr. and his son Virgil Holmes. He leaves to cherish his memory his children Victor Armstrong (Jacqueline), Vincent Holmes, James Chambers – Ellison (Rema), Tanisha Holmes, Javar Holmes (Shawnquese) and Kelvin Holmes; their mothers Lisa Armstrong-McDonald, Tammy Chambers and Karen Williams; his grandchildren Da’Dreon Holmes (Angela), Aaliyah Holmes (Amanda), Unique Gomes (Grandchild In Love) (Naomi), Shadae Armstrong (Naomi), Braylen Holmes (Shawnquese), Brooklynn Holmes (Nadia) and Azaiah Armstrong (Jacqueline); his siblings Marilyn Wilson, Sheila Collins, Veronica Uzuegbunam, and George Curtis Holmes; his stepmother JamesEtta "Mom" Holmes, his niece Shameka Holmes as well as a host of nieces, nephews, aunts, uncles, cousins and friends. One thing about Vic is you could always find him dressed well, an attribute he shared with his mother Evelyn. His loving personality, warm smile and contagious laugh will always be remembered and truly missed.

The family of Victor Darnell "VIC" Holmes created this Life Tributes page to make it easy to share your memories.

Victor “Vic” Darnell Holmes was born to the union of Vernon C....

Send flowers to the Holmes family.