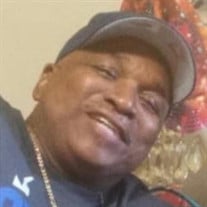 https://livestream.com/accounts/7325565/vernonpayton https://www.flipsnack.com/alcbf/vernon-payton.html Vernon Lee “Jake” Payton, Sr. was born on December 16, 1948 at Brackenridge Hospital in Austin, TX. He was born to Henri Joyce Gray-Payton and Vernon Lee McConico (both preceded him in death. He attended Blackshear Elementary School, Kealing Jr. High School and L.C. Anderson High School. He attended Olivet Missionary Baptist Church and was baptized at an early age, served the Lord as a young boy in Sunday School, BTU and 11:00 A.M. service. As a boy he was nick named ‘JAKE’ by his mother (Joyce). Jake became very humble, loving and kind to all people early in life. Later in life he became interested in being a barber and mastered the task of: the ‘Process, Marcel Irons, and Waves. The life of a barber/hair dresser was merged with his sister Linda that took them back to Leesville, LA. He performed hair designs with a great art continued down through the years to cut hair to all who needed a haircut for a good price. Several of his years of cutting hair were on 12th East End Barber Shop and was mentored by the seasoned barbers. Many challenges in life faced Jake, but it never changed him from being the ‘God Father’ of his family whom he deeply loved. He was a dedicated husband to Ernestine his wife of 40 years. They lived through many adventures to bond as companions and soul mates. He mentored, his children, grandchildren, nieces, nephews, friends and was always eager to help someone needing guidance, and they were to Christ. He developed an ability and direction from Christ to encourage others through the NA Meetings, traveled to other cities to speak and help lead others to keep looking up to ‘Twelve Steps’. He also received several awards in different cities on speaking of healing for your problems. JAKE watched God move in his life. His health failed but still his love for all the family was strong. Vernon ‘Jake’ Payton, Sr. is survived by his loving wife, Ernestine Johnson-Payton; (of 40 years) Son, Vernon Lee Payton, Jr., (Austin) Son, Anthony Bradley (Frankie) Clarksville, TN), RonNeeke’ Gamble (Edward, of Ausbach, Germany), Vernon Lee Johnson (Austin), Chresha Johnson (Cassandra), Chuckla Johnson, Ebony Johnson (all of Austin). Siblings: Fern Miller (Austin), Linda Payton-Green (Bossier City, LA), Veronica Dixon (Pflugerville), Reynold Bruce McConico (Deceased), Gayle Cromer (Deceased) and Rev. Roland Barber (Eleanor) of Austin. He also leaves sixteen grandchildren and seven great grandchildren with a host of so many loved ones, nieces, nephews, cousins and friends.

The family of Vernon Lee Payton Sr. created this Life Tributes page to make it easy to share your memories.

Send flowers to the Payton family.