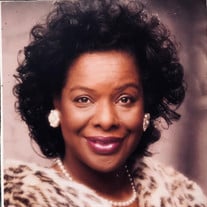 Shirley Faye Mackey-Thomas was the 6th child born to Oza Mackey Sr. and Thelma Lee Patrick-Mackey on May 11, 1949, in Elgin, Tx. The family moved to Austin, Tx, where she attended Blackshear Elementary, L.L. Campbell Jr. High and L.C. Anderson High schools. After high school, she graduated from the Brackenridge School of Nursing and married. While raising 4 children, she worked as a Licensed Vocational Nurse at Brackenridge Hospital as a Pediatric Care Nurse and later went to work for several healthcare organizations and agencies in the Austin area. Always promoting a healthy lifestyle, Shirley was an avid runner, participating in numerous 5K and 10K events and through nursing, she was able to express her natural gift to nurture. After divorce, she remained single and continued to raise her children as she pursued a career with the United States Postal Service, where she worked as a Rural Mail Carrier. Shirley was a dedicated mother and a hard worker who led by example, strived for excellence, and taught her children to do the same. In the early 1980’s, at the age of 32 years old, Shirley rededicated her life to our Lord and Savior Jesus Christ and was baptized for a second time, the first time being when she was a little girl. She became a faithful servant and served as a member of New Lincoln Missionary Baptist Church. She later moved her membership to Horizon Worship Center, where she received her call to minister the Word of God. Shirley was anointed as she spoke out for the Lord. Shirley was determined to set an example of Christ for her children and devoted her heart to serving Christ wholeheartedly. As a prayer warrior, she was determined to leave a legacy of believers, from her children, to her grandchildren and great-grandchildren. A precious soul, Shirley had a loving and giving heart and she was always willing to help someone in need, even if it meant making sacrifices. On February 14, 2017, she was diagnosed with Multiple Myeloma, where she fought to maintain her health and strength, but wholeheartedly believed and trusted in the Lord to do His perfect Will in her life. Shirley passed on the morning of May 16th. Preceded in death by her mother and father Oza Sr. and Thelma Mackey, her sister Vera Mackey-Fletcher and her brother Robert Mackey, Sr., she leaves an abundance of fond memories to be cherished by her 4 children: Willie McGowan, Jr. (Julie McGowan), Nicole Thomas-Mathurin (Dillwyn Mathurin), Kimberlyn Thomas, and Marvin D. Thomas, Sr. (Charse’ Kiara-Thomas and son Taytum); two brothers James Mackey (Paulette Mackey, Los Angeles, CA), and Oza Mackey, Jr. (Elgin, TX); two sisters: Raye Marion (Austin, TX) and Billie Williams (Waco, TX). Also, she leaves to cherish her memory, her grandchildren and great grandchildren who were her pride and joy! Grandsons: Joshua Thomas, Jarron Harris, Marvin D Thomas, Jr., Gershon Thomas and Kaden McGowan. Granddaughters: Serina Thomas, J’nee Melton, Vanecia Thomas, and Jasmine McGowan. Great-grandsons: Jayden Jones, Jett Harris, and William McEwan, Greyson and Gavriel Bowens. Great-granddaughters: Kyza McEwan, and Jackson Harris; and a host of other nieces, nephews, adopted daughters, family, and friends. Shirley served as the pillar, rock, foundation, and glue of her family and made sacrifices to ensure that her family remained close. As the Matriarch of her family, she is greatly loved and will be terribly missed. https://livestream.com/accounts/7325565/shirleythomas

The family of Shirley F. Thomas created this Life Tributes page to make it easy to share your memories.

Send flowers to the Thomas family.