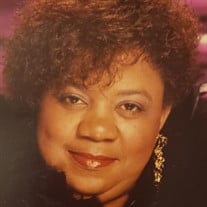 On June 5, 1954 Sharon D. Wright was born to parents, Arthur and Clara Wright. Born the third child of three. Sharon was spontaneous, spunky, and spoiled! A native Austinite, she attended Austin public schools graduating from Reagan High School in 1972. After high school, she pursued the field of surgical technology. She completed her certification, found a job in her field, but quickly discovered this was not the career for her after she suffered a fainting spell upon the sight of too much blood! She persevered and found employment as an Administrative Assistant with the State of Texas where she worked for various agencies, before retiring from the Texas Department of Licensing and Regulation in 2007 due to health issues. She accepted Christ as her personal savior at an early age at the St. Paul Missionary Baptist Church under the leadership of the late Reverend Boyd Hansborough. She served in many ministries of the church, including but not limited to, Youth Ministry Director, Mission II, and the music ministry as a choir director. She remained a faithful member until her demise. Anyone who knew Sharon knew that she loved passionately. After her first love of God, her second most passionate love was for her one and only baby girl, Domethia. She poured all of her time and attention into making sure her baby girl had the best of what life had to offer. Sharon had various hobbies including traveling, shopping, and collecting Betty Boop artifacts. She served as captain of a pool club (The Gangsters) where she built lifelong friendship and gave back to the community with back-to-school drives. Sharon lived life and lived it to the fullest! Every day was an adventure and on the morning of November 23, 2019 at 11:40am, with her daughter, pastor, and close friend Katy at her side, Sharon's adventures evolved from earthly to eternal. Those that await her arrival are her parents, Clara and Arthur Wright, Jr., her sister Connie Brown, her brother Arthur (Freddy Boy) Wright, and her great nephew Le'Nard Brandley, To embrace her memories, she leaves her daughter, Domethia D. Jackson (Crayton) of Austin, Texas, her Aunt Dorothy Wilson of Corpus Christi, Texas, Uncles, Earl Dixon of Pflugerville, Texas, Horace Dixon (Rebecca) of Pflugerville, Texas and Melvin Dixon, Sr. of Killen, Texas; and a host of loving nieces and nephews, dynamic cousins and close friends

The family of Sharon Denice Wright created this Life Tributes page to make it easy to share your memories.

Send flowers to the Wright family.