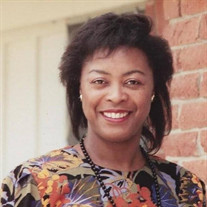 Sarah E. Burgess-Ashley was born November 5, 1948, to Cecil Williams and Leatrice "Edna" (Craig) Williams of Mccaulley, Texas. One of 14 children. Sarah graduated McCaulley High School in 1968 and was in the top 10 of her class (her and all (9) graduating students, as her husband would often brag). Sarah loved art and won an art scholarship, in that same year, from the Art Institute of Dallas, however, her father refused to allow her to travel so far from home at such an early age. Sarah did however manage to study art, later in life, at North Lake Junior college. If you ever visited Sarah's home, you would have seen one of her works of art displayed in her living room. However, she became allergic to the painting oils after a tragic miscarriage, Sarah later found that she had a niche for interior decoration. One of her friends would often say, "Sarah could make a dirt-floored shack look like a Beverly Hills mansion." In addition to her many skills and talents, her love for art, children, and Jehovah's creation, Sarah was introduced to the "...the TRUTH" as it is referred to in the Bible (3 John 4 and 8; 2 Thess. 2:13 ), in late 1972, while in Germany, by a "Pioneer" sister (a house-to-house minister), Catherine Roundtree. Impressed with what she learned about Jehovah God's creation; why we grow old and die; the real truth about hell; and God's grand purpose, Sarah was later baptized as one of Jehovah's Witnesses, at a International Convention of Bible Students, on August 8, 1972. Sarah was preceded in death by her father, Cecil Williams, Sr. and mother, Leatrice "Edna" (Craig) Williams, and (3) brothers Cecil Williams, Jr., Wandell Williams, and Perry Lewis Williams and sister Carolyn Joy Williams. Sarah is survived by her husband DeWayne A. Burgess-Ashley of Copperas Cove, children Brian A. Sloan of Dallas, Natalie C. Green (Sloan) of Killeen, (7) grandchildren, Sean and Jasmine Sloan of Copperas Cove; Deuntaye, Damarquos, Giana and Geneva Green of Copperas Cove; Alysia of Nebraska, and siblings, Betty Thompson and husband Freeman of Dallas, Wilma Davenport of Texas, Earl Williams and his wife Robin of Grand Prairie, Cindy Williams of Farmers Branch; cousins Demetria Steward of Austin, Vernell Williams of Rendon, Carolyn Thomas of Waco, Shantel Perkins of Dallas, Bennie Mae Williams of Albuquerque, New Mexico, and many nieces, nephews, and other loving relatives. Sarah Elizabeth Burgess-Ashley, died on May 22, 2021 at 1:15 AM, Adventist Hospital (formally Metroplex) due to complications related to kidney disease and heart failure. https://us02web.zoom.us/j/9622483805?fbclid=IwAR1pmUIWzzC6rRMgWWgTBw5inAlIxaRQZ6_1AsLEfgUHA1Vr_2TrKYGiK-4 Meeting ID: 962 248 3805 Passcode: 1234

Sarah E. Burgess-Ashley was born November 5, 1948, to Cecil Williams and Leatrice "Edna" (Craig) Williams of Mccaulley, Texas. One of 14 children. Sarah graduated McCaulley High School in 1968 and was in the top 10 of her class (her and all... View Obituary & Service Information

The family of Sarah Elizabeth (Burgess) Ashley created this Life Tributes page to make it easy to share your memories.