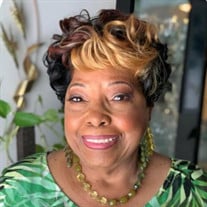 https://livestream.com/accounts/7325565/rubycrenshaw https://www.flipsnack.com/alcbf/ruby-crenshaw.html Ruby Walker Crenshaw (affectionately called “Pat” by family and close friends), was born March 4, 1935 to Amos Walker and Clarisa Kavanaugh Walker, in Cameron, Texas (Milam County). She was the youngest of six children and raised in a nearby rural community called Coxes Providence. The family relocated to Dallas, Texas and she graduated from Lincoln High School. The family later moved to Austin, Texas. Ruby ventured out and moved to New York where she attended college at Columbia university. In 1957, Ruby married her 1st husband, the late Reverend Dr. Oliver Thomas Jr, and together they birthed a son Mark Anthony Thomas in Bronx, New York (1958). After separation, Ruby moved back to Austin, Texas where she later met and married her loving husband, the late Orsby Crenshaw in 1979. She was blessed to gain a stepson Orsby Crenshaw Jr. Ruby worked and retired from the Texas Department of Transportation also known as TxDOT. As she worked, she gained many friends who became like family. Ruby loved the Lord. She joined and became a lifelong member of Grant African Methodist Episcopal Worship Center. She served in the Women’s Missionary Society, the Steward Board, and the Daughters of Grant. Ruby loved her church and her church family. Ruby loved to cook and bake. Some of her specialties included German Chocolate cake, buttermilk pie, and the best Thanksgiving food you can imagine. She loved to share her creations full of comfort and love with others. Ruby was Preceded in death by her son Mark Thomas; her husband Orsby Crenshaw; her parents Amos Walker and Clarisa Kavanaugh; her brothers Malcolm, Willie C., and Alfonso Walker; as well as her sisters Christine Walker Dukes and Lois Walker Atwood. Ruby is survived by her Sister Loretta Lee, her granddaughter Traci Carmichael, and her great grandson Grayson Carmichael. She also leaves behind her bonus grandchildren Jonesha Drakes and Johnny Wiggins. Additionally, she leaves to cherish her memories nieces, nephews, cousins, and other loving relatives along with many friends. Ruby passed peacefully in her home surrounded by her niece, Beverly Dukes and her granddaughter, Traci Carmichael. She lived a wonderful life and will be missed immensely

The family of Ruby Crenshaw created this Life Tributes page to make it easy to share your memories.

Send flowers to the Crenshaw family.