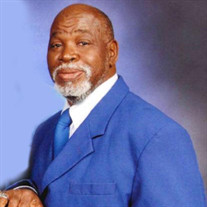 https://livestream.com/accounts/7325565/richardblack Richard Black was born on May 10,1947 in Austin, Texas. He grew up in Blackland, located in historic East Austin. He and his family joined Peaceful St. James Baptist Church, Pastor John Townsend, Sr., at an early age. He accepted Christ and later, joined Mt. Sinai Baptist Church in 2010, Pastor A. W. Anthony Mays. He was an active part of the Evangelism Class/Team and the Senior Ministry until his health prevented him from continuing. He attended the Austin Independent School District (AISD) where he excelled academically and athletically. While attending L. C. Anderson High School, in AISD, he played football for the Yellow Jackets under the leadership of Head Coach Raymond Timmons. In football he lettered 3 years and received Honorable Mention in "All District" in 1965. He ran track and earned 2 letters while going to the State Finals on the Mile Relay Team. He was a class favorite and chosen Who's Who and "Most Athletic" Male. His teacher recommended he run for Mr. Esquire and he won the title in the1964-65 school year. Richard was a proud member of the graduating Class of 1965! Richard attended North Texas State University (University of North Texas), in Denton, Texas, his freshman year. He excelled and lettered in football and track as a "walk on" player. He was a roommate with "Mean" Joe Greene, who became a Pro Football Player. After demonstrating his athletic ability, he was contacted by the coaching staff at Northeastern State University (NSU) in Oklahoma and offered a full athletic scholarship. He transferred there in the Spring of 1968. Richard earned his Master's of Education degree in 1972. While in graduate school, at NSU, Richard became one of the first African American Coaches for the university. He received honor and recognition for this at their banquet in 2010. Richard moved back to Austin and started his teaching and coaching career at the Texas School for the Deaf (TSD). His career spanned from 1972-2008, a total of 36 years, before his retirement as a High School Educator. While in his tenure at TSD, he served as Assistant Football Coach, Head Basketball Coach and Head Boys and Girls Track Coach (10 years). To his credit, he lead the school in the University Interscholastic League (UIL) to District Co-Championships and a National Championship in Basketball. In Track, he coached, 5 District Championships and a Regional Championship. Then later, coached the teams to 6 National Championships and 2 State Championships in the Texas Association of Private and Parochial School (TAPPS) League. This coaching included time with his two brothers Aaron and Gary Black, who were star athletes and graduates of TSD. In 1986, he was nominated and chosen to coach the World Games for the Deaf in Los Angeles, California. Richard played semi-pro football after college while working and supporting a family. He became a certified official with the Southwest Football Association, now the Texas Association of Sports Officials (TASO), Austin Chapter, for twenty-five years. He was the Coordinator for officials for the East Austin Youth League and other community groups. In 2009, he was voted into both the L. C. Anderson's Class of 1965 Football Hall of Fame and The Prairie View Interscholastic League Coach's Association (PVILCA) Football Hall of Fame held at the Radisson Hotel North, Austin, Texas. His life will be celebrated on Saturday, September 11, 2021 at 1:00 pm (12-1 viewing), at Mt. Sinai Baptist Church, 8500 Cameron Rd. Austin, TX and interment at Cook-Walden/Capital Parks Cemetery 14501 N. Interstate Hwy 35, Pflugerville, TX.

https://livestream.com/accounts/7325565/richardblack Richard Black was born on May 10,1947 in Austin, Texas. He grew up in Blackland, located in historic East Austin. He and his family joined Peaceful St. James Baptist Church, Pastor John... View Obituary & Service Information

The family of Richard Carl Black created this Life Tributes page to make it easy to share your memories.

Send flowers to the Black family.