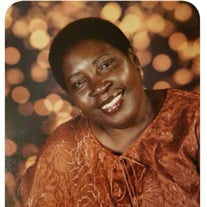 https://livestream.com/accounts/7325565/patriciablake Patricia Luella Blake was born on June 16, 1961 in St. Thomas USVI to the late Doris Leona and Cyril Blake. She attended Nisky Elementary and Wayne Aspinall Jr High. She started Charlotte Amalie High School but later transferred to James Madison High when she moved to Houston TX. After graduation in 1980 she worked several jobs. In January 1987 she gave birth to her only child, a daughter, Sheree BlakeSmith. Several years later she moved to Austin TX, where she worked at Sheraton Reservation, Frost Bank, and Texas Medical Liability Trust. She then landed a job with the United States Postal Service in 1998 as a Mail Processing Clerk. She was currently working on 23 years in the service. Patricia had two main passions, reading and cooking. If she wasn’t reading or cooking she was spending time with her granddaughter whom she loved dearly. Christmas was highly anticipated by all who waited for her fruit cakes and tarts. She also loved to cruise. She would take a cruise at least once a year with her daughter and family. The “Mocha Chocolate Get Away” drink will forever hold her memory. This was a form of rejuvenation for her. There was only one thing that Patricia loved more than anything and that was her family. Patricia leaves behind to cherish her memory: Daughter: Sheree Blake-Smith; Granddaughter: Saphira Clarke Siblings: Sister Cecelia Blake Brothers Lawrence Ames, Cyril Blake II, and Kenneth Harrigan Aunts: Bernice Pinney, Diana Harrigan, Valencia Ashtian Uncle: George and Warren Harrigan Niece: Camryn Blake, Lauren Blake, Michelle Ames Nephew: Cyril Blake III, Anthony Ames, Lawrence Ames II Cousin: Sandra States, Ebonee and Eliaz Hunt, Barbara and Angelique Ferguson, Eric Hodge, Anthony, Courtney,and Emmanuel Pinney, Dominic Robicheaux Along with a host of more nieces, nephews, cousins, friends.

The family of Patricia Luella Blake created this Life Tributes page to make it easy to share your memories.

Send flowers to the Blake family.