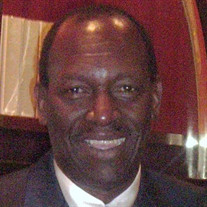 https://livestream.com/accounts/7325565/nathanielcook Pastor Nathaniel E. (Nat/Nate) Cook III was born in Estill, Hampton County, South Carolina on July 12, 1953 and was the oldest of two children born to the late Alberta (Simmons) Cook and the late Nathaniel E. Cook, Jr. At an early age, Nathaniel accepted Jesus Christ as his Savior. He, along with his brother, Ramon, served as a Junior Deacon at Morris Street Baptist Church in Charleston, South Carolina. Nat attended Charleston public schools. During his childhood years, he would also spend many summers in Ridgeland, South Carolina and attend church with his grandfather and grandmother, the late Pastor John C. Simmons and Hattie Simmons. During his teen years, he attended Gary Job Corps in San Marcos, Texas and became licensed as a truck driver which he loved to do. The last place he worked at was Southeastern Freight Lines in Austin/Pflugerville, Texas until he retired in July 2019. Nathaniel lived and worked in various places across the country, but would always talk about his experience in Seattle, Washington. Then one day, he met his beautiful wife, Jamie Reed Cook, and the two united in holy matrimony on December 11, 1999 at Cottonwood Baptist Church. He was a wonderful and loving father to his beautiful daughter, Cashina Gardner, whom he loved dearly. Nathaniel joined Cottonwood Baptist Church in Del Valle, Texas and served there as President and Vice President of the choir, Sunday School Teacher for the Teens class, Church Tape Ministry Coordinator, a Deacon from April 2003and then accepting his calling into the Ministry on February 27, 2005. He served as an Associate Minister at Cottonwood under the former Pastor Detoneal Cook. Nathaniel then joined Mt. Ararat Missionary Baptist Church in Bartlett, Texas then served as an Associate Minister and Youth Minister and was ordained by Pastor Daniel Blane, Sr. From there, In November 2013, God led him to serve as Pastor of the Mt. Pleasant Missionary Baptist Church in Elgin, Texas. In April 2015, he then accepted the call of Pastor at Cottonwood Baptist Church in Del Valle, Texas. Although his health started failing him later in August 2018, he was determined to serve there as Pastor until the Lord called him home. Nathaniel never met a stranger and had many things that he loved to do. He loved to cook gourmet meals as he was once a chef; coastal fishing and crabbing every chance he got; traveling; singing and recording/producing music as he sat up his own recording studio at home that he called Anointed Generations Productions. He along with his wife and daughter always sang and made music together. Everyone he met would know that he was also a true Carolina Panthers fan to his heart as he would always talk to anyone about his favorite team. Most of all, he loved preaching and teaching the word of God, and just as importantly, believed that we must “live” the word. Pastor Cook was a nononsense, tell it like it is, open and honest man of God and was respected because of his “Do as I Do” and “Not as I say” attitude. He will be sorely missed. Nathaniel is preceded in death by his mother, Mrs. Alberta (Simmons) Richardson, and his father, Nathaniel Edward Cook, Jr. and other close relatives that have gone home before him. He leaves to cherish his memory, his wife, Jamie Cook, one daughter, Cashina Gardner, both of Del Valle, Texas; one Brother, Ramon Cook of McCleansville, South Carolina; mother-in-law, Ms. Rosie Rose of Del Valle, Texas and a host of very close relatives, aunt, uncle, nieces, nephews, cousins and many, many friends. His Special Church Mother, Iva Henry, also loved him dearly.

The family of PASTOR NATHANIEL COOK III created this Life Tributes page to make it easy to share your memories.

Send flowers to the COOK family.