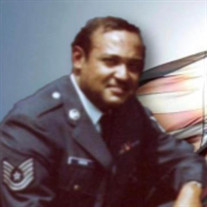 https://vimeo.com/663161531 Milton Harwell Carson, Jr awoke to the dawn of eternity on November 29, 2021 at 1:37 am, surrounded by his loving family. He accepted the hand of his savior to which He had given his life and trusted in His restoring... View Obituary & Service Information

The family of MILTON HARWELL CARSON JR. created this Life Tributes page to make it easy to share your memories.

Send flowers to the CARSON family.