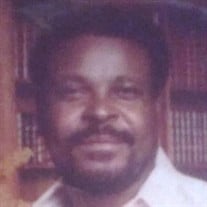 https://www.flipsnack.com/alcbf/maurice-atkinson.html Reflection of Life Sunrise February 4, 1948 – Sunset January 24, 2022 Maurice Atkinson was born on February 4, 1948 in Brenham, Texas to the late R.C. Atkinson & Leola Mae Atkinson. As a young child, Maurice was a member of the Sandy Creek Baptist Church, were he accepted Christ as his Lord and Savior. Throughout, his golden years Maurice attended Pickard High School, while working at the local donut shop of downtown Brenham prior to moving to Austin, Texas in 1967. While residing in Austin, Maurice joined matrimony with Patricia L. Stewart also of Austin, Texas on October 4, 1969. Maurice & Patricia shared two daughters, better known as “The Girls”: Monic Atkinson and Shaundrea Atkinson. As a mechanic, Maurice retired after 23 years of service from Sears & Roebuck. After his retirement, Maurice continued the family business and legacy of “Atkinson Hauling” started by his father R.C. Atkinson in Brenham, Texas. Maurice ran this route with pride and faithfulness every single Friday, where he found his joy just being back home in Washington County, where it all began for him. Atkinson Hauling’s, legacy continues and currently being orchestrated by his wife Patricia Atkinson and their grandchildren. Maurice better known to most as “Big Moe”, loved to barbeque almost every weekend, and out danced the crowd when doing so, with every rhythm & blues and country song known to man! Boy did he love dancing, with his starched ironed blue jeans and cowboy boots! While also residing in Austin, he later attended St. Peter’s United Methodist Church for many years, prior to returning to Brenham, finding his last Church home with the Cowboy Church with respect to founder Steve Westbrook. In closing, if you knew anything about Maurice aka Big Moe, you knew he loved life and that life included his wife, his girls, his grandchildren, his great grandbaby, his family, and his friends! He loved working on cars and mostly working in the pasture with his cows surrounding him on his John Deer tractor. Those who knew him dearly, knew he loved asking to anyone he encountered…. “Who loves ya baby?” And if you didn’t know the answer, he would let you know....” Moe baby luv’s ya!” Maurice, the husband, the hero to his girls, the grandfather, the great-grandfather, brother, uncle, cousin, friend and helping hand will be truly missed, for all the laughs, teachings, heart to heart talks for “37 sounds”, his dancing, his Ford collection of vehicles, his fast driving, his blue jeans, his cowboy boots, and his larger-than life smile to match his BIG HEART will be overwhelming missed, but not forgotten. We Love You So Much and will forever carry you in our hearts. “You can rest now daddy, because your Girls and grandchildren got this, and we’ll pick up from where you left off taking care of momma!” Maurice was preceded in death by both his paternal and maternal grandparents, his father R.C. Atkinson, mother Leola Mae Atkinson, brother Benere Atkinson, brother R.C. Atkinson Jr. (Slaughter) and a host of uncles, aunts, and relatives. Maurice leaves to cherish his memories: wife Patricia L. Atkinson of Austin, Texas, daughter Monic Atkinson of Elgin, Texas, daughter Shaundrea Atkinson of Manor, Texas and grandchildren Sterlin Rivers (Jayla Rivers), Skylour Rivers, Markale Thompson, Millicynt Thompson, Sir Anthony Cartwright, Sawyer Cartwright, Makaylah Thompson, Skotlynn Cartwright, Messiah Thompson, Myhairi Thompson, Nayeli Thompson all of Austin, Texas; Siblings Donald Ray Atkinson Sr. of Lockhart, Texas, Erna Faye Atkinson Hegemeyer (Donald Hegemeyer) of Brenham, Texas, Sherry Ann Atkinson-Lively of Houston, Texas, Oscar Franklin of Brenham, Texas, Wilma Jean Atkinson of Houston, Texas, Janech Marie Atkinson of Houston, Texas, Marjorie Elaine Atkinson-Ford of Houston, Texas and Linda Kaye Atkinson-Roach (Sam Roach) of Houston, Texas and a wealth of nieces, great nieces, nephews and great nephews and family members.

The family of Maurice Atkinson created this Life Tributes page to make it easy to share your memories.

Send flowers to the Atkinson family.