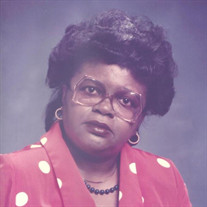 https://livestream.com/accounts/7325565/maryscott https://vimeo.com/71846035 Android - https://bit.ly/vimeo_android IOS - https://bit.ly/vimeo_ios https://www.flipsnack.com/alcbf/mary-jane-scott.html Born Mary Jane Scrambler on April 01, 1934 to Esque Scrambler, Sr. and Martha Anderson in LaGrange, Texas. Mary Jane accepted Christ at an early age and began serving God for she came from a family of believers. Her maternal grandparents played a very significant role in rearing her.She met and married Daniel Scott and to this union came 4 children. Her children became her lifeline. Later on in life came 2 more children making her the mother of 6. Then came yet 2 more bonus children when she became the mother of 8. Upon moving to Austin, she united with Mt. Zion Baptist Church under the leadership of Rev. Salem Davis and continued under the leadership of Rev. G. V. Clark after the death of Rev. Davis. After her son became Pastor of St. Paul Baptist Church she united there and remained until her demise. She was very actively involved in the ministries at St.Paul. She went from singing in the choir, singing solos, attending Sunday School and Bible Study, and teaching the word of God. She had her own prayer list and oh could she pray! She became President of the Austin Northeast Sub-District Mission I. She was a lover of church hats. After sacrificing and rearing her children Mary Jane went back to School and acquired her GED and she did further study at Austin Community College. She was preceded in death by her parents; a brother: Willie B. Scrambler; one daughter: Caroline Caruthers; and granddaughter: Monesha Townsend. She lives on thru her children and grandchildren: Lee (Julia – deceased), (grandchildren: Shaurwn (Michael), Daniel (LeKeeta)); Mary Ann (grandchildren: Timothy, Terrill and Cassie); Caroline –(deceased) (grandchild: Adrain); Johnnie (Sharon) (grandchildren: Derrick, Charlotte (Larry), Ronnie (Rissa), John (Renee), Randy (Felicia), Rhonda (Louis)); Melvin (grandchildren: Priestly, Felicia, Ashley (Terance), Melvin, Jr. (Cassandra), Monesha (deceased), and Yolanda); Thomas (Jackie), (grandchildren: Tamara, Latoya, Tashon, Thomas II, Tyra, Sophia, Antownette (Benjamin)); Joyce (Howard –deceased), (grandchildren: Bridget and Juanita); Daryl, (grandchildren: Von’Teisha, Sha’von, Daryl II and E’mhari); siblings: Esque (Maxine), Martha (Ronald) and Margaret (Andrew); and a host of great grandchildren and great-great grandchildren, nieces and nephews. And I said, oh that I had wings like a dove! For then would I fly away, and be at rest. -- Psalm 55:6

The family of Mary Jane Scott created this Life Tributes page to make it easy to share your memories.

Send flowers to the Scott family.