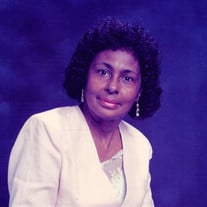 I was born at Cedar Creek, Texas in the home of my grandparents William and Ruth DeShay. My dad and mother were in the teaching profession and move to Taylor, Texas when I was 3 or 4 years -- I was four years old when I began going to school every day with my dad; finally the principal told my dad to let me go to the first grade classroom where his wife Mrs. O. L. Price was the teacher. I spent that year playing and sleeping. The next year I began the first grade -- my brother who was a year older than me told me all about the first grade since he had already completed it. I was reading all of his books which were about Dick, Jane, and Sally. In the second grade I was in my first play; at the end of the year all classes did a play for the parents -- we called this the school closing. The play was entitled "The Princess Chooses A Kitty" and my mother made me a dress (white with a ruffled skirt) it was the prettiest dress I had ever seen. At recess, we played hide and go seek, jump rope, and string games. I took tap dancing and began taking piano and clarinet lessons -- I did not have a choice because my dad was the music teacher, but I did not like taking piano lessons under my father. In the evening when my dad had to work late at school he would walk with us to town and buy us a 5 cent ice cream and see to it that we got across the railroad track at which time he would return to the school. We moved several times during the five years we were in Taylor, Texas. For Christmas, I would always get a doll, doll dishes (once with real china), once both my brother and I got tricycles, but we would not stay out of the streets so my father hid them from us -- upon the return of the tricycles to us we never went in the street again. On the weekends we would go to church, my dad played for his church and Mt Moriah in Elgin, Texas. Some weekends and my father would put us on the train in Taylor and we would ride to Bastrop, Texas where my grandmother would meet us at the Katy Station. I went to summer school in Austin, Texas after the second grade and then my brother and I were in the same grade after that. Next, we moved to DeKalb, Texas and spent four years there with dad as the principal and then we moved to Karnack, Texas my dad was the principal there and I graduated from the George Washington Carver High School in Karnack, Texas at the age of 16. After high school, I went to college, because my parents always said when you go to college, not do you want to go to college. At Huston-Tillotson College in Austin, Texas being from a sports family I was a basketball star, sang in the Glee Club and Quartet. I graduated from HustonTillotson College and later got her Master Degree from Texas Southern University. In 1952 I married Clifton Odell Johnson whom she met in college. We had one daughter Dianne. I spent 25 years from 1956 - 1982 as an educator on the Navajo Reservation. In 1982 Clifton and I retired to Bastrop, Texas where she continued to serve in the Lions Club, work in the church as youth director, choir member, and deaconess. In 2002, Clifton and I celebrated their 50th wedding anniversary with family and friends; which was a joyous occasion. At Clifton’s death in 2011 we had enjoyed 60 years of marital bliss. Left to cherish precious memories are my daughter, Dianne (Bernard); grandchildren, Kimberly (Kendall) and Christopher (Erica); great-grandchildren, Bryce, Hudsyn; sister Gayle, and brother James (Bettie) and a host of nieces and nephews, numerous cousins and friends.

I was born at Cedar Creek, Texas in the home of my grandparents William and Ruth DeShay. My dad and mother were in the teaching profession and move to Taylor, Texas when I was 3 or 4 years -- I was four years old when I began going to school... View Obituary & Service Information

The family of MARJORIE JOHNSON created this Life Tributes page to make it easy to share your memories.

I was born at Cedar Creek, Texas in the home of my grandparents...

Send flowers to the JOHNSON family.