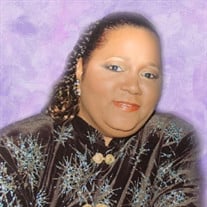 Lillie Theresa (David) Brieger-Stevens “Lyz” https://www.flipsnack.com/alcbf/lillie-stevens-13agmpz2gx.html Lillie, “Lyz” as she was lovingly called by all; was the second of two children born to Donald and Minnie David on October 31, 1960 in Austin, Texas. She attended Austin public schools until 1969 where she then transferred and continued her education in Dallas Public Schools until she graduated from Justin F. Kimball High School in 1979. Lyz continued her education collegiately at Huston-Tillotson College in Austin Texas, until she became a mother to her daughter Camille in 1982. She completed her education at Mountainview Junior College, and Dallas Baptist University. Lyz found her home back in Austin, where she worked as a pre-school teacher which encouraged to her starting her own in-home pre-school called Kid-Tech with her cousin and business partner Anita W. McLendon “Littleone”. She then married Benjamin F. Brieger III; and gave birth to her daughter Kirstie in 1991. Her career took a turn when she was employed by the Texas Lottery Commission; and as one of the inaugural employees, her job then relocated her back home to the Dallas Metroplex area in Arlington Texas. Education had always been a passion for Lyz, and she found her way back to teaching, in the Dallas Independent School District at John W. Carpenter Elementary School; where she was able to impact the lives of young children through extra-curricular activities and much more. In 2007 she married SFC. Rudolph Stevens, Dallas, Texas. She remained married to him until his death in 2009. Lyz always had a love for God and the Church. She professed her faith at a young age at Greater Mt. Zion Baptist Church in Austin Texas, under the pastoral care of the late Rev. N.W.Bacon, her Christian membership was then extended to Good Street Baptist Church, and Concord Missionary Baptist Church in Dallas Texas. As an adult, she attended New Leaf Missionary Baptist Church. At the time of her death Lyz faithfully attended Rising Star Baptist Church where Dr. Royal S. Johnson is Pastor. Lyz was a servant for GOD. She actively served in worship as a member of the Choir and Praise team, decorating and special events ministry, Vacation Bible School, benevolence ministry, and more. Lyz served wherever she was needed. Preceding her in death are her husband, SFC. Rudolph Stevens; Maternal Grandparents Plato Sr. & Lillie Mae Medearis Crayton; Uncle, Plato E. Crayton Jr; Aunts, Mabel Crayton Williams, Marjorie Crayton Wilson, and Mae Katherine Washington; Paternal Grandmother Theresa David; Uncle George David; Aunt Betty David-Green. Lyz leaves the cherish her memory, her two daughters Camille M. David Aidoo (Reginald), of Austin, Texas; Kirstie A. Brieger, of Dallas, Texas; two grandsons Jairus A. Betts and Jeremiah H. Reese of Dallas, Texas. Her parents Donald and Minnie David of Rockdale, Texas; one brother Mark A. David (Dee) of Duncanville, Texas; Aunts and uncles, Anna Crayton Warren, Samuel “Jack” Crayton (Minnie) of Austin, Texas; Nancy P. Jones of Grand Prairie, Texas; Guy David of California; Geraldine David, Phyllis David of Boston, Massachusetts; Philip David (Becky) of Harker Heights, Texas; Nieces and nephews, Ashlan David, Mark David II, Bobby Bijan David all from Dallas Metroplex, Jill Black (Mike) of Little Elm, Texas; Amy Blaylock of Dallas, Texas; Lindsey Blaylock of Mansfield, Texas and a host of other family, friends, and loved ones.

Lillie Theresa (David) Brieger-Stevens &#8220;Lyz&#8221; https://www.flipsnack.com/alcbf/lillie-stevens-13agmpz2gx.html Lillie, &#8220;Lyz&#8221; as she was lovingly called by all; was the second of two children born to Donald and Minnie David... View Obituary & Service Information

The family of Lillie Theresa Stevens created this Life Tributes page to make it easy to share your memories.

Send flowers to the Stevens family.