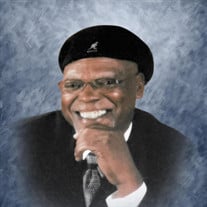 https://livestream.com/accounts/7325565/ligegiddens) https://www.flipsnack.com/alcbf/lige-giddens.html Lige O’Neal Giddens, Jr. was born on September 14, 1955 in Covington, La. to Lige O’Neal Giddens, Sr. and Mabel Williams Giddens. He entered the Loving Arms of the Father peacefully on October 9, 2021, at his home in Leander, TX surrounded by his loving wife, Diane and some close friends. Neal was a kind and caring man, known for his big smile and his great announcing voice. He grew up in Covington, LA and graduated from Covington High School, Class of 1973. He attended Grambling State University where he received his Bachelor’s degree in 1977. He worked at State Farm Insurance for 38 years as an Underwriter, where he retired due to illness. He united with the One Way Baptist Church on July 17, 2005. He served faithfully in the Security Ministry and the Announcing Clerk Ministry until his health began to fail. On October 28, 2005, Neal married his love, Diane Yelldell. The two became one. They enjoyed traveling, movies and shopping together. They served each other faithfully as caregivers to each other during their illnesses. His famous words to Diane was, “I got you and you got me, and that’s all we need.” He loved sports and was a avid Steelers and Saints fan. He was preceded in death by his parents, Lige Sr. and Mabel Giddens, his paternal grandmother, Alma "Granny" White and is maternal grandparents Herman and Alma Williams. He leaves to celebrate his life and cherish precious memories his loving wife, Diane; four sons, Terrence Anderson of New Mexico, Lige O’Neal Giddens (Vicky) and Nolan Giddens, both of Dallas, TX; Darren Giddens of Hammond, LA; one stepson, Khari Bey of New York; six grandchildren, Jasmine, Nari, Brooklyn, Kynzlee, Terrance and Terrell; two sisters, Gwendolyn Guy (Darren, deceased) of Hammond, LA, and Diane Jones of Baton Rouge, LA; one brother, Troy Giddens of San Angelo, TX; special aunt, Helen Tyson of Austin, TX; Goddaughter, Rylie Perkins of Hammond, LA; brother-in-law, Dennis Yelldell of Atlanta GA; special friend of 30 years, Elihu Gillespie of Aubrey, TX and a host of nieces, nephews, other relatives and friends

The family of Lige O'Neal Giddens Jr. created this Life Tributes page to make it easy to share your memories.

Send flowers to the Giddens family.