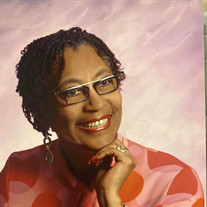 https://online.flippingbook.com/view/446607/ https://livestream.com/accounts/7325565/lenacarter Lena Mae Washington Parker-Carter, of Austin, Texas, passed away peacefully on Jan. 17, 2021, at the age of 75, at St. David Medical Center, following a long battle with cancer. Lena Mae was born on June 27, 1945, in Delhi, LA to Eva Mae Butler and Paul Washington. She was reared in large part, along with her younger cousin Geraldine Butler and nephew, Donald McDowell by their grandparents, Mitchell and Lena Butler. Lena Mae accepted Christ at an early age and was an active member of Mt. Zion Baptist Church, in Delhi LA, where she served as the pianist throughout her high school years. She graduated from Waverly High School in Crowville, LA in 1963. She was well known as the center for the girls’ basketball team that won three straight district championships. After graduation, she fell in love and married at an early age. After being married for seven years, she continued her studies in Phillip Business College, Lynchburg, VA receiving an associate degree in accounting in 1972. She took additional studies at the IBM Clerical Technical School from 1981 to 1982 and the Academy of Professional Barber Stylist from 1993 to 1994. She worked for many years as the accountant for a government contract business, M.H.P Fu-Tech, Inc. which was owned by her and her first husband. Upon her arrival in Austin, TX in 1996 she was employed as a professional barber at Lee’s Barber Shop which eventually merged with Williams Barber Shop, where she developed a larger clientele, retiring in 2019 due to health issues. She was first married in 1964 in San Antonio, TX to Major Murray Parker. As a military wife she was stationed at various military bases both foreign and domestic. By mutual consent, the marriage dissolved after 32 years. However, during those years, two children were born from that union, DeWayne Parker (1965) and Jeffrey Parker (1968). After 7 years of single life, she re-married in 2001 to MSGT Finnis Carter, Jr. in Las Vegas, NV. The couple resided in Austin, Texas and joined Mt. Zion Baptist Church. She faithfully served and participated in the choir, Sunday School, Bible Study and various other church ministries. They also loved to entertain, sponsoring many family and friends’ gatherings at their home. Sadly, Finnis was called to eternal rest in November of 2019. She embraced life with a strong faith in God and a loving heart, reaching out to many in need. She was a devoted wife, mother, grandmother, daughter, sister, aunt and cousin. She enjoyed spending time with her family and friends, traveling, shopping and giving back to her community and her favorite charities. She will be deeply missed by all those who loved and cherished her. Lena Mae was also preceded in death by her sister, Alice Washington-McDowell and brothers Sherman Hall, Lloyd Harris, John Henry, Rufus Washington, Paul Washington, Jr. and Jim Washington, Sr. She leaves to cherish her memory her two loving sons, DeWayne Parker and Jeffrey Parker (Nichole Parker); sisters, Ruby Shaw-Lee, Lora Wilson, Verlean Shoals, Ella Washington-Holloway and Pauline Washington-Dykes; brothers, William Wilson, Jr. (DeEvra) and Curtis Wilson (Angela); her son-in-law, Albert Redeaux III (Wilmetria), sister-in-law, Beulah Bacon Poole (Robert) and brother-in-law, Fred Carter; her special nephew, Dr. Donald McDowell (Eugenia McDowell); a special cousin, Geraldine Butler; a special cousin/sister-in-law, Gloria Jean Cline; goddaughter, Tonya Lofton Dallas; along with many, grandchildren, great grandchildren, nieces, nephews, cousins and beloved friends. Due to Covid-19 restrictions, a private funeral service for the family has been scheduled. However, a public viewing has been scheduled for Thursday, Jan. 21, 2021, at the Life Celebration by Franklin Funeral Home, 1309 East 12th St., Austin, Texas 78702. In lieu of flowers, the family gratefully request that memorials contributions be sent to Mount Zion Baptist Church, 2938 East Thirteenth St., Austin, TX, 78702. The family expresses sincere gratitude to faithful friends, neighbors, and church members for your prayers, cards, visits, calls, food, words of comfort and the other expression of love, throughout Lena’s illness, they were/are sincerely appreciated

The family of Lena Parker Carter created this Life Tributes page to make it easy to share your memories.