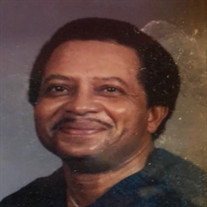 Bro. K.T. was born the first of twin boys making him the fourth of five children to K.T. Williams, Sr. and Eugenia Nealy Williams on November 6th, 1942, in Davilla, Texas. Milliam County. At an early age Bro. Williams was baptized into the Methodist faith in Davilla, Texas. He later joined Judea Baptist Church under the pastorialship of the late Rev. Rueben J. Reese, where he helped financially and hands on with the reconstruction of the now Judea Baptist Church, Granger, Texas. Bro. Williams received his education in Cameron, Tx. At O.J. Thomas School up until his senior year where he graduated from Booker T. Washington High School, Bartlett, Texas. In 1962. As was told by Bro K.T. Williams, he along with Dr. Ralph Wilson Sr. and a hand full of others (as was called then Wilson-Art) now known as Illinois Tools, Temple, Texas. He worked to develop an industry that is now a mega company and known at that time as the Temple South Plant. Dr. Ralph sent K.T. to technical school, Waco, Texas Dr. Ralph was always flying his supervisors here and there (For he owned his own jet) for the latest training in technology and hydraulics. Well later in life it paid off because when K.T. initially retired the first time he was called out of retirement to come back and help train and develop workers in industrial engineering of maintaining boilers. So, he dedicated more years of service. Dr. Ralph took care of his employees and their families, for at Christmas times the Christmas Balls and Galas were magnificent and they were handsomely gifted (monetary & gifts) according to years of service, and he didn’t leave out the children for they had their own Christmas parties. It is said that three times the charm. Mr. Williams met Nellie M. Reese and they were married on December 19th, 1983. One son came with the package, Peter C. Reese III. Mr. Williams is father of six biological children making a blended family. Stanley, Byron, Theresa, Charmion, Vanessa and Serita Williams. Buddy as he was so affectionately called loved anything to do with the outdoors. He was a hands-on type of person, he could fix anything. Cooking and Barbecuing fishing, he had a great passion for. Mr. Williams, father, Mother, twin brother (B.T.) and one son precedes him in death, Troy D. Williams. K.T. (Buddy) leaves to cherish his memory, spouse of 35 years Nell Reese Williams stepson Peter C. Reese, Stanley and Thresea Williams Denver, COR, Byron E. Dickerson (Nikki) Petersburg, VA., Charmion Brooks (Todd) Houston TX., Vanessa Hawk, Temple, Tx., Serita Oliver, Fort Sill OK. One brother Johnny Williams (Helen), Sisters: Arline Gadison and Margaret Starlings. Five Sisters in Law: Billye R. Williams, Patsy M. Luckey, Dr. Anne Onyekwuluje, Dollie Reese and Anna L. Reese. One Brother in Law-Rev. Doctor B.R. Reese. 15 grandchildren and 18 great grandchildren and a very special grand-daughter whom he absolutely adored, Ja’Kayla Paris-Leigh Reese and a nephew that could not be here Kenneth Goods (Williams), Indianapolis, Indiana. He was always so proud that she was born on his mother’s birthday December 18th.

Bro. K.T. was born the first of twin boys making him the fourth of five children to K.T. Williams, Sr. and Eugenia Nealy Williams on November 6th, 1942, in Davilla, Texas. Milliam County. At an early age Bro. Williams was baptized into the... View Obituary & Service Information

The family of K. T. Williams Jr. created this Life Tributes page to make it easy to share your memories.

Bro. K.T. was born the first of twin boys making him the fourth...

Send flowers to the Williams family.