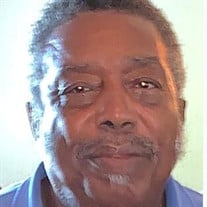 (His Service can be viewed on livestream https://livestream.com/accounts/7325565/johnnybyrd) Johnny Lee Byrd fondly known as &#8220;Buck&#8221; was born on September 27, 1941 to late Willie James Byrd and Alter Mae Washington-Byrd. He... View Obituary & Service Information

The family of Johnny Lee Byrd created this Life Tributes page to make it easy to share your memories.

(His Service can be viewed on livestream https://livestream.com/accounts/7325565/johnnybyrd)...

Send flowers to the Byrd family.