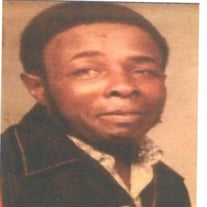 Deacon Joe Louis Hargrove Sr. was born September 7, 1936 in Manor, Texas to the late Nelson and Louise Hargrove. He grew up in in the Greater Swenson Grove Baptist Church. He moved to Austin, Texas and married Carrie Wright on March 10,... View Obituary & Service Information

The family of Joe Louis Hargrove Sr. created this Life Tributes page to make it easy to share your memories.

Send flowers to the Hargrove family.