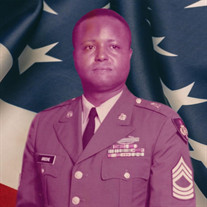 Jesse Wayne Greene was born on May 21, 1935 in San Angelo, Texas. He was the youngest of three children born to parents, Arthur and Louise Davis Greene. With his siblings Margaret and Guy Milton, Jesse grew up in a close knit community in San Angelo. At an early age Jesse joined the Methodist church and attended church faithfully with his family. As a youngest his work ethic became apparent when he accepted his first job at Sam’s Chicken House in San Angelo where he was taught to cook chicken. When inspectors came to check the place out, he had to hide in a bathroom because he was not legally of age to work. As a teenager Jesse attended and played football for his alma mater Blackshear High School in San Angelo. After finishing high school in San Angelo, he left home to pursue his education to Prairie View A&M University where he studied Political Science. In later years, he returned to school and received an Associate of Arts degree from El Paso College. At Prairie View A&M he met the woman with whom he would spend the remainder of his life, Velma Simmons. On December 21, 1955 he married his soulmate and lifelong partner, Velma. To this union was blessed with five wonderful children, Kenneth, Toni, Jennifer, Vincent and Diane. Jesse Wayne was proud of his amazing children. He was always delighted by their achievements and accomplishments. On September 26, 1955 Jesse joined the United States Army. He actively served in the military for more than 20 years. He was stationed at Fort Ord in Monterey, California; in Frankfurt, Germany; Fort Hood in Killeen, Texas; Fort Bliss in El Paso, Texas and McKee Barrack in Crailshem, Germany. He was deployed to Vietnam, Kores, and Germany. He graduated from the Sargent Major Academy in El Paso. He received numerous commendations medals for his exemplary service and dedication to our country. While serving in the US Army, the family lived in Prairie View where Jesse taught ROTC. After retirement from the military, the family settled in Austin, Texas where he worked for General Services Administration, Veterans Administration and Travis Central Appraisal District for a number of years. After settling in Austin, he became a member of Pilgrim Rest Primitive Baptist Church, then St. Peters United Methodist Church. He later joined Greater Mt. Zion Baptist Church where he was active in the choir, male chorus and the All City Male Chorus. Before losing his eyesight, Jesse Wayne was an avid reader. He was actively involved in the University Hills Neighborhood Association. He participated in local elections as a poll worker for many years. He also contributed to the planning of High school class reunions with his classmates in San Angelo. In addition, he did volunteer work across the city of Austin with Men with a purpose. On January 5, 2020 Jesse Wayne Greene quietly departed this life. His soul rests in peace as he joins his guardian angels; Arthur and Louise Greene, siblings, Margaret Greene and Guy Milton Greene and his sons, Carl Johnson and Kenneth Greene. He will reunite with his good friend Chuck Pennie with whom he spent countless hours volunteering and in deep conversation. He leaves to mourn his absence his loving and devoted wife of 64 years, Velma Greene. His memory will remain with his children; Toni Esters, Jennifer Thomas, Vincent Greene and Diane Greene. He will be missed and treasured by his granddaughters, Jessica Greene, Sarah Greene, Ayana Thomas, Tiana Thomas, Quinn Greene and Jordyn Greene. He also leaves to mourn his absence brother-in-law LB and his wife Jarious Simmons; sister-in-law, Mary Ann and her husband Tommy Frazier; and sister-in-law Marta Hess-Simmons. Grieving this loss are his lifelong friends; childhood pal Ella Mae Johnson of San Angelo and his good friend Jimmy Russell, who he met overseas. He will be missed by a host of nieces, nephews, cousins and friends. Jesse’s big booming voice, infectious smile and loyal dedication to service will live in the hearts of his family and friends forever.

Jesse Wayne Greene was born on May 21, 1935 in San Angelo, Texas. He was the youngest of three children born to parents, Arthur and Louise Davis Greene. With his siblings Margaret and Guy Milton, Jesse grew up in a close knit community in San... View Obituary & Service Information

The family of Jesse W. Greene created this Life Tributes page to make it easy to share your memories.

Send flowers to the Greene family.