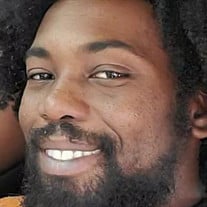 https://www.flipsnack.com/alcbf/jeremian-johnson.html On March 16,1990 in Austin, Texas God blessed Michelle A. Williams (Sneed) and Phillip B. Johnson to give birth to a healthy baby boy who’s name was Jeremiah Da’Yohn Isaiah Johnson (J.D). Jeremiah was blessed with multiple skills, talents and gifts. Jeremiah had a great passion for playing basketball, making origami, playing video games, and playing classical music like Beethoven to name a few. He later took interest in oil painting, drawing, sketching and making beats, going on road trips, hanging with family and friends, going fishing with his dad Timothy Williams and playing basketball. Jeremiah enjoyed learning during his school years and achieved high honors. After graduating from Lockhart High School in 2008, he attended Stephen F. Austin University to pursue his dreams in Sports Medicine. Jeremiah became a father on April 2, 2009, to his first son, Isaiah Zachariah Johnson (Snacks). He had great love for his son and enjoyed spending time with him and ensuring to be active in his son's life. Jeremiah’s had an innate ability to build anything with his own hands and spent many years of developing, perfecting and working in the construction industry. After several years in the industry he and his partner (Asia) decided to take a leap of faith and became self-employed and opened his business under the name “Constructive Views” contractor and landscape LLC. He was so proud of his projects and loved to build and create new things. On September 14, 2019, Jeremiah welcomed his second son Da’Youn Amir Johnson with his love Asia Mack. He was a very sweet soul that always looked out for other people. The most important thing to Jeremiah was taking care of his family and being there for his sons. On October 3, 2021, Jeremiah’s life journey abruptly ended. Jeremiah was known to his family as Miah, his niece called him Uncle Miah, and his friends called him J.D. Jeremiah will forever be missed, loved and his legacy will forever live on in our hearts and through his boys. He leaves behind his son’s Isaiah Johnson and Da’Youn Johnson. His parents, Michelle Williams and Timothy Williams. Sister’s Jamisha Williams and Jasmine Williams. Niece Aniayah Williams, nephew Aiden Williams-Berry, longtime partner Asia Mack of, a host of other family and friends

The family of Jeremiah Isaiah Johnson created this Life Tributes page to make it easy to share your memories.