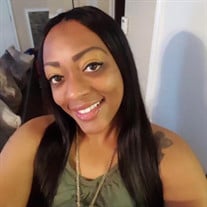 https://livestream.com/accounts/7325565/ivorystehen HER LIFE AND LEGACY Ivory was born on August 3, 1984, to Mr. Gerald Stephen, Sr. and Ms. Cecilia Mott in Portland, Oregon. Ivory was born in Portland, Oregon. She went to elementary school in Austin, Texas and Portland, Oregon and attended Benson Polytechnic High School, graduating in 2002. Upon graduation, she attended the University of Oregon, where she studied Geological Science and was a part of the Black Student Union. She graduated from college in 2008 and after college, she attended nursing school at Pioneer Pacific College in Wilsonville, Oregon, graduating in 2010. Throughout college and afterwards, Ivory was gainfully employed in various areas of nursing. From 2005 - 2009 she worked for Sacred Heart Medical Center, Health Care Services, and Fresenius Medical Care. In 2012 - 2017 she worked for Austin Kidney Associates. 2017 - 2018, Ivory worked for Treehouse Pediatric and again, she worked for Fresenius Medical Care from 2018 - 2021. Nursing was Ivory’s calling and during her career, she had the honor and privilege of caring for many patients and she always served them with dignity, respect, and compassion; it was her mission to improve the lives of others. In addition to being a wonderful nurse, Ivory was also a fiercely dedicated and loving mother to a beautiful daughter, Jada Holliday. If you knew Ivory, you knew that Jada was Ivory’s everything her pride and joy. Ivory also loved cooking, traveling, dancing, and hanging out with her friends and family. Throughout her life, she held an unwavering faith in God, which she shared with those who surrounded her. As a child she was a member of True Vine COGIC (Manor, Texas), Supt. J.D. Carter. Later years her family and her joined Straight Gate COGIC (Pastor Freddie Lee Fulton). She also was a member of Albina COGIC (Portland, Oregon). Open Door COGIC and New Hope Baptist Church she attended often. Anyone who had the privilege of knowing Ivory, knew that she was incredibly kind-hearted, had a bright smile, loved to make people laugh, had an immense passion for her daughter, her family, and was always a ray of light and a source of positivity. To have her in our lives was a tremendous gift, she was (is) an inspiration to us all! Ivory Y. Stephen made her life transition on Friday, December 24, 2021, in Austin, Texas. Surrounded by her daughter, her mother, and her baby brother. Ivory wouldn’t have had it any other way. Ivory’s memory will be forever cherished by her parents, Gerald Stephen, Sr. of Portland, Oregon and Cecilia Mott of Houston, Texas; her daughter, Jada Holliday of Portland, Oregon; her sister, Chiquita Stephen of Portland, Oregon; her brothers Carlos Mott of Houston, Texas, Jordan Stephen, Xavier Stephen, and Gerald Stephen, Jr. of Portland, Oregon, 10 nieces and nephews; Grandparents, Elitha and Ramon Olguin of Portland, Oregon, Henrietta Patterson (G-Mama), 15 aunts, 8 uncles, and a host of other family and friends. “See, I am sending an angel ahead of you to guard you along the way and to bring you to the place I have prepared.” ~ Exodus 23:20

The family of Ivory Yvette Stephen created this Life Tributes page to make it easy to share your memories.

Send flowers to the Stephen family.