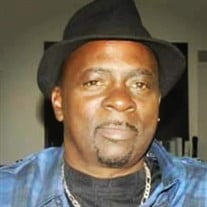 https://livestream.com/accounts/7325565/garyfranklin https://www.flipsnack.com/alcbf/gary-franklin.html GARY GENE FRANKLIN, the third child of James Earl “Pa” Franklin and Georgia Easley Franklin was born June 19, 1953 at Brackenridge Hospital in Austin, Texas. He was preceded in death by both parents and two brothers, Roderick and Paul Andre Franklin; two step brothers, Ronnie Hardeman and Billy Holmes. Gary’s family moved to Los Angeles when he was about a year old, He attended several elementary schools in Los Angeles until at the age of about ten (10) he and his mother, along with four siblings, returned to Austin. Gary professed Christ at a young age and was baptized at the Church of the New Testament in Austin pastored by his great uncle, Rev. Bill Jones. In Austin, Gary continued attending the public schools and graduated from Johnston High School where he played football and basketball. He was a very popular student, also. After high school, he was trained in multiple skills at Gary Job Corps Center located about thirty (30) miles from Austin, As time passed, he returned to Los Angeles to be with his dad who had remained there. Still in research of a career, Gary enrolled at Associate Technical College in Los Angeles where he earned Certification as a Non-Invasive Cardiovascular Technician and learned the skills of being a paramedic. Meanwhile, his dad was a driver for the Meals on Wheels Program at WLCAC (Watts Learning Community Action Committee) in Los Angeles. It was his dad who introduced him to the Meals on Wheels Program at when shortly after his dad retired. Gary became a driver. Remaining at WLCAC, Gary moved to the rank of Project Director until his retirement of thirty (36) years in June 2019. Gary was introduced to the former Pamela Terry who won his heart. After a lengthy courtship, they exchanged wedding vows in 1977 and remained together until his death. One son, Jamal, was born to this union. Gary had an affinity for sports and being Texas born, he loved the Dallas Cowboys. When he was not spending time with his family, he could be found at any one of his friends’ home cheering them on! He also loved gospel music and good old gospel preaching! At the time of his death, he was a member of the Planning Committee of the Ananias Franklin Family Reunion to be held in Los Angeles beginning Thanksgiving Day 2021. As the committee chairman of Transportation, he was working feverishly seeking means of transporting guest families to places of interest in and around Los Angeles. Little did he know that on Friday morning, October 22, 2021, God had summoned two wings to transport him to Glory to be with Him forever more. Gary leaves to cherish his memories in anticipation of a glorious reunion; his wife, Pamela Franklin; three sons, Jamal Franklin, Taraile Franklin, and Dietrick Franklin; two step-daughters, Anissa Everett and Cynthia Carter; one stepson, Deon Harris; three brothers, James, Jr., Cedric Carl and Maurice Franklin of Austin; three sisters; Tamara Franklin, Marcella Simms (Oscar) and Lottie Franklin of Austin; two sisters-in-law, Lana Terry and Crystal Waters; two (2) brothers-in-law, Anthony (Mae) and Robert Terry, all of CA; two grandsons, Elijah Franklin, Dietrick Franklin, Jr.; two twin great grandsons; a host of aunts, cousins, nieces and nephews. Gary will be missed also by an extended number of friends and colleagues who were inspired by his sense of humor and his words of wisdom.

The family of Gary Franklin created this Life Tributes page to make it easy to share your memories.

Send flowers to the Franklin family.