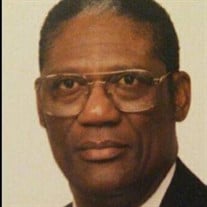 https://www.flipsnack.com/alcbf/rev-frank-cage.html https://livestream.com/accounts/7325565/frankcage Frank Cage was born April 8, 1940, to the late Robert and Emma Sneed-Cage in Austin, Texas. He attended school in Hutto, Texas. The family later moved to Corpus Christi, Texas. He attended Sol Cole High School in Corpus Christi, Texas. He was a very active athlete. He participated in football, basketball, and track. His spiritual journey began at Little Bethel Baptist Church in Hutto, Texas and continued to Corpus Christi, Texas at Hopewell Baptist Church. He returned to Austin, Texas and joined the Mount Zion Baptist Church under the leadership of Reverend G.V. Clark. He served as superintendent of Sunday School, brotherhood, and became a Deacon. He accepted his calling to the ministry in 1978. In 1980, he became the Pastor of New Light Ebenezer Baptist Church in Austin, Texas. He spiritually led his congregation through teaching, preaching, and counseling whenever it was needed. Through the Holy Spirit he was led to tear down the old church and built a new church at New Light Ebenezer Baptist Church. Later, the fellowship hall was enlarged. He served as Pastor of New Light Ebenezer Baptist Church until his demise. Also, he became very active with the St. John District Association. He later became Treasurer, Advisor to Mission II, and Ushers/Nurses/Greeters of the St. John Association. His special hobbies included keeping a “clean shiny car” and beautifying his lawn. He was well known for sitting out on his front porch and reading his bible. As people walked and drove by waving at him. He was married to Ethel Jean Wright. To this union two children were born, Frank Cage, Jr., and Judy Cage. They later became parents to Jeremiah Gentry Young. He is survived by his wife Ethel Cage of 58 years; Frank Cage, Jr. (Shelia), Judy Cage, and Jeremiah Gentry Young of Austin, Texas; one sister, Aline Lott of Corpus Christi, Texas; eight grandchildren; seven great grandchildren; and a host of nieces, nephews, other relatives, and friends.

The family of Rev. Frank Noel Cage Sr created this Life Tributes page to make it easy to share your memories.

Send flowers to the Cage family.