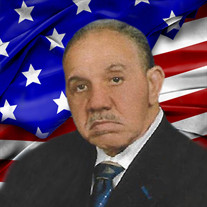 Finnis Eugene Carter Jr. was born on Wednesday, July 3, 1946 the son of the late Finnis Eugene Carter Sr. and Mary Lee Farmer Carter in Turnersville Community of Hays County, Texas; where he began his education in the schools of Hays County. When he was 13 years of age he moved to Austin, Texas to live with Uncle Edgar and Aunt Beulah Foster; he remained in their care until graduation from the original L. C. Anderson High School class of 1966. Following high school, he served his country in the United States Air Force and retired after 23 years of service as Master Sergeant. His service to his country continued as a mail handler with the United States Postal Service from which he retired after 28 years in Austin, Texas. Also, in Austin Finnis joined the Mount Zion Baptist Church where he continued his faith walk with Jesus Christ which he began at an early age. At Mount Zion Finnis took on the duty of an usher to which he remained dedicated until health no longer permitted. Monday, January 1, 2001 Finnis married “the wind beneath his wings”, Lena Washington Parker Carter; who was a true example of her wedding vows; “…In sickness and in health, to love and cherish till death do us part.” During their 18 years of marriage Finnis and Lena both experienced the true joy of life; having one’s soulmate to share everything with. When chilling, Finnis would exhibit his love of music, dominoes especially chicken foot, fishing, shooting pool, softball, and a Master Chef on the Bar-b-que Pit; which he loved sharing with family and friends. Finnis was preceded in death by his parents; brothers: Bobby Ray Carter, and Pastor Curtis Lee Carter; sisters: Lois Carter Bunton, Josephine Carter Earls, Danette “Dusty” Carter Hawkins, and Denise Carter. He leaves precious memories to his loving and devoted wife: Lena; children: Albert Redeaux III (Wilmetria), Jeffrey Parker (Nicole), and Dewayne Parker; grandchildren: Kourtney, Byron, Elijah (Motor), and Landyna; sister: Beulah Bacon Poole (Robert); brother: Frederick A. Carter; sisters-in-law: Ruby Shaw Lee, Lora Hall and Verlean Shoals; brothers-in-law: Robert Bunton, William Wilson Jr. and Curtis Wilson; a special cousin/sister Gloria Jean Cline; Goddaughter: Tonya Lofton Dallas and a host of nieces, nephews, cousins and friends.

The family of Finnis Eugene Carter Jr. created this Life Tributes page to make it easy to share your memories.