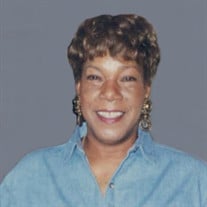 Eleanor Clarice Johnson Roe https://www.flipsnack.com/alcbf/eleanor-roe.html Eleanor Clarice Johnson was born May 18, 1942 to Frank Lawson Johnson and Daisy Lee Monroe at Holy Cross Hospital in Austin, TX. Attended Rosewood Elementary, Kealing Junior High, and Graduating from L.C. Anderson High School. Eleanor excelled in school, an A student and active throughout her school years, member of the National Honor Society, a talented artist, she presented a showing of her paintings at the Austin Laguna Art Museum, provided her artistic drawings for the 1959/1960 Anderson HS Year Book, Anderson High Cheerleader, and many other school activities. Eleanor and Rudell Roe Jr. were joined in holy matrimony on June 6, 1959 and married for over 62 wonderful and blessed years. To this union a daughter, Phyllis Marie, and a son, Darryl Gerard were born. Eleanor was raised in the church and in a family of Believers. Her marriage years brought her family to Rehoboth Primitive Baptist Church for many years of devoted service. Later, Eleanor moved her service to Mount Zion Baptist Church where she served on the usher board and finance committee. In 1996 the family united with Mount Olive Baptist Church under the leadership of Raphael Smith. Eleanor served on Mission 1, Sunday School Class #7 member, Women in Motion, MOSS Mt Olive Senior Saints and First Impressions Ministry. Eleanor was greatly blessed during her years with a variety of employment throughout her years with starting at the bottom and working her way up. Her professional-type jobs begin with TRACOR working up to the first black supervisor of advertising/distribution. Atlanta Life Insurance Company to Cashier/Bookkeeper, the Austin National Bank to first black female Bank Assistant Cashier Officer, then to Texas State Treasury, working for Treasurers: Ann Richards, Kay Bailey Hutchinson, and Martha Whitehead being promoted to first black female Division Director. Her last/final professional employment was as office manager for four doctors and staff with Allergy and Asthma Consultants, where she reorganized/reconstructed the patient filing system and relocated the office to a new location. She was upbeat and greeted you with a smile. Being an only child, Eleanor loved having fun, being around people, always encouraging, willing to help whenever needed. Eleanor grew up fishing with her father/mother and continued fishing with her husband Rudell. Rudell and Eleanor were a “team” that fish anytime and travel anywhere in Texas they heard the fish were biting, especially the “crappie”. Eleanor enjoyed Bowling and bowled many years in Austin bowling leagues, city, state, and national tournaments. Preceding Eleanor in death, her father Frank, drowned in 1961, son Darryl Gerrard 1963, mother Daisy 2009. Eleanor is survived by her loving Husband, Rudell Roe, love forever daughter Phyllis Marie, Nieces, Patricia Foster, Tina Porter, Anitra Roe , Renita Jones and Nephews, Ronnie Jones, Derrick Roe and best friends Alma Blocker, Rena Hunter, and other family and friends.

The family of Eleanor Clarice Johnson Roe created this Life Tributes page to make it easy to share your memories.

Send flowers to the Roe family.