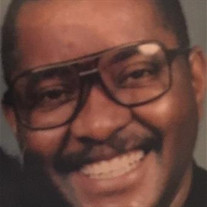 Edward Lee Collins was born in Taylor, TX on May 13, 1950. His parents were Edna Marie Collins and James Lewis, both are deceased. As a youth, he joined The First Baptist Church and attended O.L. Price and Taylor High Schools. He moved to Austin to attend Huston-Tillotson University where he received his teacher certification. His professional career was in Education. While at Huston-Tillotson University, he was a member of “Who’s Who” in American Colleges and Universities; he was the Student President of The National Honor Society; he received The College Department of Social Studies Achievement Award. He was the president of Sigma Rho Sigma, The National Honor Society for Social Studies and the Student National Education. He graduated in the top five percentile at Huston-Tillotson University. His first teaching job was at the newly built Bedichek Middle School where he taught for 19 years and where Mr. B. G. Henry served as the school’s first principal. He taught both 7th and 8th grade Social Studies, Music, and Math. He sponsored the Texas Junior Historians, Honor Society, Student Council, tennis team, and he was the Social Studies Department Chair. While still teaching he and his future wife, Shirley Sterling- Collins, also a teacher went back to school to receive a Master of Education with a specialization in Special Education Counseling at University of Texas in Austin. Edward continued his education by attending Texas State University in San Marcos, TX where he received his Administrative Certification. He was hired as an assistant principal at Manor Junior High before even receiving his certification. He worked in Manor for a total of 10 years. During that time, he also worked as an Assistant Principal at Manor Intermediate School, Manor Elementary School, and Manor High School. He was most proud of the fact that he was the charter Principal at Decker Elementary School. He retired after employment in Manor in 2001. He then became a substitute for principals here in Austin at Linder Elementary, Covington Middle School, Crockett, Atkins, and McCallum High Schools. His final employment was as Administrative Assistant over the Learning Support Services (LSS) at Gus Garcia Middle School. In between that time, he became the musician here at Sweet Home Missionary Church in 1973, while his future wife was serving as musician over the Sunday School Department. He married Shirley Sterling-Collins in 1980 here at Sweet Home where both were also educators and musicians. As musicians, they both also played at the newly started Greater Calvary (Archbishop Sterling Lands), Zion Rest (R.L. Foster) and back home here at Sweet Home making it 45 years of playing together and 41 years as a devoted married couple. They have one son, Bronsnon Sterling Collins, who is employed at the first school his father taught at, Bedichek Middle School. He leaves to cherish his loving memories, his devoted wife and son; in laws - Irene Sterling Silver, Evangelist JoAnn McFadden, Otis Sterling, Jr. and Ray Sterling. Three in laws preceded him in death, Herbert Sterling “Rock”, Melvin Sterling, and Dennis Sterling. His cousins are Rubye Nell Sampson, Beulah Brown, Henrietta Patterson, Emma McDonald, Joyce Myers, Laura Myers, Ernest Walter Williams (Mabel) and a host of nieces and nephews he absolutely adored!

Edward Lee Collins was born in Taylor, TX on May 13, 1950. His parents were Edna Marie Collins and James Lewis, both are deceased. As a youth, he joined The First Baptist Church and attended O.L. Price and Taylor High Schools. He moved to... View Obituary & Service Information

The family of Edward Lee Collins created this Life Tributes page to make it easy to share your memories.