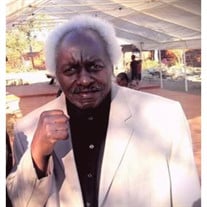 https://www.flipsnack.com/alcbf/donald-billingsley.html The Life Reflections of DonalD lee Billingsley “PoPs” Donald Lee Billingsley, Sr. , Don better known as “Pops” was born to Allen Lee Billngsley and Ethel Henderson on March 1, 1938 in Austin, Texas. Donald attended school in Lubbuck, Texas where he particiapated in football and boxing; and excelled in both. In later years, Don returned to Austin where he sang with H.L. Hubbard and the Jets as lead singer, “Little Donnie Baby.” Don also wrote and recorded a hit song, “My Angel”, as well as mastered playing the harmonica. Don was hired to work for the Austin Independent School District where he worked for over thirty years. During this time Don dedicated his life to teaching, and training any and every child he could how to box and protect themselves. He also received an award from the City of Austin for all of the hours of dedicated service he rendered. “Pops” was later hired at the Montopolis Gym and would pick up children all over Austin and surrounding areas in his cadillacs or van and transport them to the gym. While at the Montopolis Gym “Pops” trained some of the finest boxers in Austin—teaching his unique style of offense and defense techniques. “Pops” became well known and respected in the boxing world; as his star Female Ann Wolfe captured 8 belts; as well as James Kirkland, Curtis Meeks, Casey Ramos, Isaiah Nash, and the late great Travel Mazion and a host of other up and coming boxers whose careers he also helped to launch. “Pops” was an active member and soloist at The Church of the New Testament, where he was called to Christ under the leadership of Brother Bill Jones, who often stated Don gave up a million dollar contract to sing for the Lord. “Pops’ life was devoted to helping any and everyone he could. He gave his all and served with a grateful heart throughout his life winning over a host of people with his love and kindness. Donald was preceded in death by his father: Allen Lee Billingsley, mother: Ethel Henderson as well as Madea Fannie Mae, uncle: Jesse Titus, brothers: Edgar Lee James, Vinnie George Davis Sr., sisters: Elizabeth Williams, Mary Francis Washington, children: Arthur Cardell Smith, Debra Kay Billingsley, Darrell Billingsley, Palmer Minnie Field, Patrick Billingsley, Dyann Shelvin, Donald Lee Billingsley Jr. He leaves to cherish his memories: wife: Christine Billingsley, sons: Larry Billingsley, Labron Billingsley David, daughters: Anita Gail Griffin (Doug), Ann Wolfe, Rachel and Chrystal, along with a host of grandchildren, great grand children, nieces, nephews, a lot of family, friends, and his best friend Zion Wolfe and all the other Wolfe Pack, “Pops” was King of the Wolfe Pack.

The family of Donald Lee (POPS) Billingsley Sr. created this Life Tributes page to make it easy to share your memories.

Send flowers to the Billingsley family.