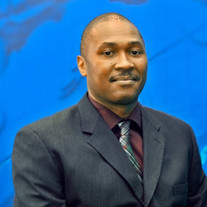 Derek Gerard Irvin was born on September 13, 1967 in Baton Rouge, Louisiana to Shirley M. Irvin and Emmerson Irvin. He was baptized at an early age at King Solomon Baptist Church in Baton Rouge, Louisiana. As a child, Derek played Pee Wee football with the Baton Rouge Recreational Department, and he watched the Pittsburgh Steelers every Sunday while discussing the game on the phone with his best friend Earl. He was often accused of tying up his mom’s phone to talk about the Steelers for hours (this was prior to call waiting). Derek attended Progress Elementary School, Crestworth Middle School and Baker Middle School, and Baker High School where he was an award winning percussionist. Upon graduating from high school, he received a band scholarship at the University of Louisiana at Monroe (formerly Northeast University). He later transferred to Southern University in Baton Rouge, Louisiana where he earned a Bachelor of Science Degree in Finance and Economics. After graduating from Southern University, Derek moved to Austin, Texas and was employed by various companies. Derek was reared in a Christian home and knew he needed to find a church where he could continue to grow in Christ. He joined the Greater Mt. Zion Baptist Church under the leadership of Reverend Gaylon Clark and was actively involved in the sports ministry where he served as director for a period of time. He was also a member of the basketball and softball leagues. He later moved to San Antonio, Texas and was employed by the Federal Court. Subsequently, he became employed with Frost and Sullivan as the Help Desk Team Leader (North and Latin America) in Management Information Systems. Derek met Amanda Letson in Austin, Texas and they were blessed with two children, Brooklynn Elise and Edward Hines. Derek’s children were the loves of his life and he worked tirelessly to provide for his family. You would often see Derek on various outings with his children at the museum, Jumpoline, the park, and Gold’s Gym. Derek was a lifelong avid Pittsburgh Steelers fan!! One of his most recent favorite memories was a trip to Chicago to enjoy watching them play with his dear friend Tony. He would gather with the Steeler Nation on game days in Austin to watch his beloved team. He was also an official member of Prince’s fan club. He visited Prince’s home in Minnesota and was a personal friend of Prince’s pilot. On Friday, August 31, 2018, Derek departed this life for his eternal home. He was preceded in death by his maternal grandparents, George and Alice Payton, and his paternal grandparents, James Irvin and Josie Mitchell. He leaves to cherish his memories: his wife, Amanda; his children, Brooklynn and Edward; his devoted mother, Shirley Irvin of Austin, Texas; his father, Emmerson Irvin (Shirley) of Baton Rouge, Louisiana; his sister, Erica Irvin of Baton Rouge, Louisiana; and a host of aunts, uncles, cousins, and dear friends.

The family of Derek Irvin created this Life Tributes page to make it easy to share your memories.

Send flowers to the Irvin family.