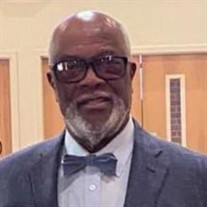 https://livestream.com/accounts/7325565/davidockletree https://www.flipsnack.com/alcbf/david6.html The Mount Olive Baptist Church and community sadly lost a pillar on Friday, February 11, 2021, when David Leon Ockletree, affectionally known to many as “Deacon Paw Paw” and “Paw Paw” to his grandchildren, passed away at Seton Medical Center. David Leon Ockletree was born, as the third child on November 13, 1944, in Austin, Texas, to Annie Mae Howard Ockletree and David Ockletree. David was married for 19 years to Dorothy Jean Coleman Ockletree on June 11, 1966. From that union, they became parents of two daughters, Deborah and Donna Ockletree. After the passing of his wife, David reared his daughters in a home sheltered with love. David Leon Ockletree attended Albert Sidney Johnston High School, a comprehensive, coeducational high school in the Austin Independent School District. Then, he pursued higher education by attending Durham Business College in Austin, Texas. David’s employment journey started at Scarbrough’s Department Store where he was employed as a salesman in downtown Austin. From there, he became the Supervisor of Mail Services at the Texas State Capitol. David’s leadership and stewardship, in that position, were evident by his ability to take the best care possible of people and fulfilling responsibilities under his influence. Later, he worked and served in the Attorney General’s Office. David retired after 28 years of meritorious service. His legacy of service will live on in the hearts and minds of those who were blessed to have known and to have been beneficiaries of his genuine kindness, thoughtfulness and goodness. David Leon Ockletree religious affiliations included being a former member of St. Edwards Baptist Church in Montopolis. Later, he became of member of Mt. Olive Baptist Church under the late Reverend Herbert A. Sneed. With a magnanimous spirit of goodwill and Christianity, David was always willing and ready to serve in many capacities. He served as Chairman of Mt. Olive Baptist Church’s Deacon Board, President of the Music Ministry, Member of the Male Chorus, Leader of the Van Ministry, Trustee, Treasurer, Member of the Brotherhood, Mt. Olive Senior Saints and the Church’s Doorkeeper. As a member of the community, David served as the 1st chairperson for the East Austin Relay for Life at Huston Tillotson University. Yearly, he was a very enthused champion for engaging the active participants of others in the Austin Relay for Life. David is survived by his loving daughters, Deborah and Donna Ockletree, precious grandson, Rosevelt “Tre” Mathews and Granddaughter, Danielle “Lady” Atwood, sister, Virgil Coleman (Willie Coleman) and a multitude of nieces and nephews, other relatives and a host of friends. The tone of David’s voice, his warm smile and actions always displayed genuine love and affection for his family, the family of Mt Olive Baptist Church and others. David was preceded in death by his mother, Annie Mae Howard Ockletree, father, David Ockletree, wife, Dorothy Coleman Ockletree and sisters, Netter M. Morris and Mary Ann Cyphers. David’s favorite song was God is a Good God. Even now, we praise God for the life, love and legacy of David Leon Ockletree.

The family of David Ockletree created this Life Tributes page to make it easy to share your memories.

Send flowers to the Ockletree family.