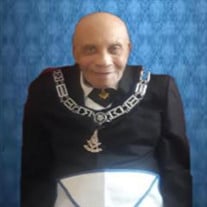 https://livestream.com/accounts/7325565/connyhatch “Walk by Faith, not by Sight” For I have not to be worried, but thy warrior for the Lord. 2 Corinthians 5:7 In loving memory of our beloved Father, grandfather, brother and husband Conny ”Bert” Bertram Hatch, Jr. was born in LaGrange, Texas on November 15,1928 to the union of Sewilla Hatch and Conny B. Hatch, Sr. Mr. Hatch grew up in the LaGrange and Smithville communities, where he completed his education at Smithville High School at the early age of 15. The family eventually moved to Austin, Texas where Mr. Hatch enrolled at Huston Tillotson University majoring in Radio, television and film soon of which the military sequestered Mr. Hatch to enlist for the Korean War in 1945. From that war Mr. Hatch received 4 Bronze Service Stars, National Defense Service Metal and the United Nations Service metal. Mr. Hatch returned to Austin, Texas united in holy matrimony to Florence Lee Hatch and the blissful parents of four children. Mr. Hatch leaves to mourn and cherish in his memory; his daughter Cynthia Richardson of Austin, Texas and her children Erica Richardson of Austin, Texas-Patrick Richardson of Rosenberg Texas, Carlton Andre Richardson of Aubrey,Texas , Conny B. Hatch, III of Austin, Texas and his daughter Lisa Brooks of Lakewood, California and Larry J. Hatch of Austin, Texas and his daughter Madelline D. L. Hatch both of Austin, Texas. Donald Ray “Big Baby” Hatch (preceded in death). Mr. Hatch had three other children Shirley Ann Hatch of Austin (preceded in death), and Ronnie Simms of Dallas, Texas now residing Austin, Texas, and Lavelle Griffin of Austin, Texas, niece Robbie Joyce Simms of Austin, niece Terry Daniel of Atlanta Georgia and a host of grandchildren and great grandchildren and many friends not mentioned. Mr. Hatch worked for the United States Postal Services for 33 years of gainful employment eventually retiring from the Main Post Office branch at Cross Park here is Austin Texas. Mr. Hatch absolutely loved worshipping the lord with all his heart and a faithful member of Mt. Zion Baptist Church under the leadership of the honorable Pastor G.V Clark. Mr. Hatch was grateful to be an usher servant where he received a 20-year service award and remained faithful until his health failed, but his spirit remained with the help from his usher members whenever in need. That same servitude extended into the brotherhood of masonic lodge of 56 years. Brother Hatch was raised to the degree of a Master Mason in 1964. He worked in the Community effortlessly to offer help wherever needed. During his Masonic career he became the Master of the Lodge where he obtained the 32 nd degree in masonry. He would want nothing better to thank the brotherhood for all the life lessons bestowed upon him. Roger Hughes Masonic lodge # 264 The family would like give a sincere gratitude and thanks to the entire staff at Austin Rehabilitative Center at Walnut Creek, for the health care and love of their father Conny Hatch we love you and thank you soooo much, God Bless each and everyone you. To: Miss Glenda Johnson personal nurse and confidant, Glenda you have stayed by our father side until the very end. Helping him alone his journey, picking him up taking him shopping or wherever he needed to go selfishly. Your help will not go unnoticed, we love you for it, and we know that dad loves you for it as well, you were his rock. God Bless you. To: Chinonye Nduaguba family confidant, my father holds you in his heart as the daughter in law that he always wanted. He has expressed to me fervently that he loved and cared about you. You exemplified what family is all about, you took care of him without any reward and he sincerely loved and appreciated you for it. God Bless you and the family- One Love! Rest in Peace Daddy we love you: December 24, 2020 at 11:00 a.m.

https://livestream.com/accounts/7325565/connyhatch &#8220;Walk by Faith, not by Sight&#8221; For I have not to be worried, but thy warrior for the Lord. 2 Corinthians 5:7 In loving memory of our beloved Father, grandfather, brother and husband Conny... View Obituary & Service Information

The family of Mr. Conny Bertram (BERT) Hatch Jr. created this Life Tributes page to make it easy to share your memories.

Send flowers to the Hatch family.