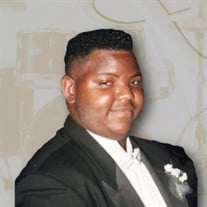 Chris was born on February 5, 1971, in San Antonio, Texas, the sixth child of Jimmy and Ruby Hall. At an early age, he became active at the Faith Temple Apostolic Church, attending Sunday school and weekly church services. He received the precious gift of the Holy Ghost at the age of nine years old. Jimmy Hall began the First Pentecostal Church in Bastrop, Texas, in 1972 and later relocated to Austin, Texas. Chris served as the drummer for the church in Bastrop as he started playing at the age of five years old. After that, under the pastoral leadership of Suffragan Bishop Ruby Hall, Chris played the drums for over thirty-six years. Chris attended Reagan High School from 1985-1989. Chris began his employment at Randalls Supermarket as a bagger. Due to his work ethic and outgoing nature, he was con-sistently promoted in the company until he reached the produce manager. Subsequently, he served as the dairy manager. Randalls Grocery employed Chris for over nineteen years. Chris found the love of his life, Sis. Ora Ingram and they were united in Holy Matrimony on July 9, 1994. Shortly after this union, Christopher Hall II was born in 1995. Proverbs 18:22-Whoso findeth a wife findeth a good thing, and obtain-eth favor of the Lord. Chris had a huge heart and loved to spend time with the people of God and young children. He would often pick up sev-eral young people who attended the church every Thursday night to play basketball. As an uncle, Chris would spend con-siderable time with his nephews and nieces playing video games, going out to eat, going to the park, and having them come over to the house and hang out. One of Chris’s favorite past times was spending time with his son and watching movies together. Moreover, he had an unlimited passion for attending and playing drums for the Texas State Council and Heart of Texas Fellowship. Other hob-bies included listening to gospel music, playing video games, and mentoring youth on the drums. He leaves to cherish his memory his loving wife, Ora Hall and sons Christopher Hall II and Terance Hart; father Jimmy (Sherry) and mother Ruby Hall; sisters Michelle and Debra Hall; brothers James (Regina), and Bruce (Jamyen); great-aunt Dorothy Montgomery of San Antonio; aunts Shirley Session and Vivian Ingram of Jacksonville, Thelma King of Co-lumbus, Georgia; uncles Lonnie (Mary) Hall of San Antonio, Audrey (Shirley) Hall of California, and Elmer Hall of Tyler; nephews Philip Dockery, Jonathan Hall, Jeffrey Hall, and Braylen Hall; great-niece Da’nae Dockery; great-nephews Ka’jon and Ka’lip Dockery. He also leaves behind a host of other relatives and friends. Several relatives preceded him in death, including a brother, Jimmy Jr., and sister Rhonda Hall. The Family Celebration of His Life Service will be 3PM (can be viewed on livestream https://livestream.com/accounts/7325565/chrishall)

Chris was born on February 5, 1971, in San Antonio, Texas, the sixth child of Jimmy and Ruby Hall. At an early age, he became active at the Faith Temple Apostolic Church, attending Sunday school and weekly church services. He received the precious... View Obituary & Service Information

The family of Christopher Fitzgerald Hall Sr. created this Life Tributes page to make it easy to share your memories.

Send flowers to the Hall family.