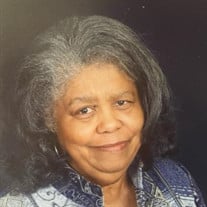 https://www.flipsnack.com/alcbf/brenda-lucas.html Brenda Corine Wright Lucas, 78 of Austin, Texas was born in Austin, Tx. on June 4, 1943 to Minnie Lee Pollard and Calvin Wright, Jr.. Brenda began her spiritual journey and accepted her walk with Christ at an early age. Later in life she transitioned her spiritual walk through her service and membership at St. Stephens Missionary Baptist Church - The North Star in Austin, Tx. At St. Stephens, Brenda served as a Deaconess, a member of the Choir, a devoted worker providing phone calls and needs to the sick and shut in members of the church and any other service that was asked of her. Brenda was lovingly known as “Mother” to her Pastor, Dr. B.J.E McQueen and he was a special part of her spiritual life and family as well. She appreciated and thoroughly enjoyed her stewardship in every capacity by being able to serve her church family at St. Stephens Missionary Baptist Church - The North Star. Brenda attended public school in Austin, Tx. through high school graduating in the Class of 1961 from L.C. Anderson High School and later attended Huston-Tillotson College. She was employed as a member of the United States Postal Service for many years where she took pride in the service of work she provided for Austin residents. She later decided that she wanted to be an entrepreneur and created a business for herself. Brenda built a day care business out of her home that she was greatly proud of, caring for many families and their children. Brenda was affectionately known as “Grandma” to all of the children and families that became a part of her life. She provided care for the children, words of advice for the parents and she was always there to support anyone that came to her doorstep in any way that was needed. Brenda thoroughly enjoyed the pleasures of life and believed in living life to the fullest. She enjoyed traveling with her husband, children and later her grandchildren and definitely took pride in a good shopping experience at the mall. She loved the moments that she and her sisters JoAnn and Toni would share, whether they were all on the phone together or when they would travel to visit with each other. Brenda treasured her time with family by hosting family gatherings at their home welcoming family, extended family, friends and members of her church family as well. Brenda was an active member of the Austin Travis County Duplicate Bridge Club of which she found great entertainment and pleasure in attending. She was known as a Bridge expert and was always ready to go when it was time for her Bridge Club events. She would talk to you for long periods of time about many of her life’s adventures. Brenda was joined in matrimony to Royal Lucas, Sr. and to this union two sons, Royal, Jr., Eric, and one daughter, Nicole were born. Brenda departed this life on Saturday, February 12, 2022. She was preceded in death by her mother Minnie Lee Pollard, her father Calvin Wright, Jr., her foster son, Demetric Greene and other loving relatives. Brenda is survived by her husband, Royal Lucas, Sr.; children: Royal Lucas, Jr (Kathleen), Eric Lucas, Nicole Lucas; grandchildren: Rattchel Elmo (Donnie), Royal Lucas III (Molly), Tianna Lucas, Arielle Lucas (Quatima), Kiara Lucas, A’Ja, Evryn and Elijah Lucas, Kyra Jackson, Kennedi Pendergrass, Lauren Mobley, Shaina Kent; great-grandchildren: Liberty and Serenity Elmo, Shaylona Wilson, Qingston McBride, Zylah Colgate; sisters: JoAnn Barr, Toni King (Billy) of California; uncle: Dewey Morris; family adopted children: Teresa Pierce (Lee), Carla Mobley (Robert), nieces, nephews, other family members and a multitude of loving friends.

The family of BRENDA CORINE LUCAS created this Life Tributes page to make it easy to share your memories.

Send flowers to the LUCAS family.