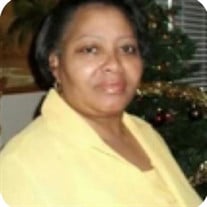 https://www.flipsnack.com/alcbf/thomas.html Betty Louise was born in Malvern, Arkansas on October 26, 1950. She was second oldest born to her father and mother L.C. and Thelma Mixon. Her family relocated to Compton, California in 1952, and this is where the journey began. She received Christ at an early age in her life. She always reflects on the time when the church first started, which was held in the living room and the front yard of their family home. When enough funds were gathered, they bought a store front, where Bethel Church of God in Christ (COGIC) was formed, in Los Angeles, California. She graduated from Compton High School, in June 1968, and was accepted into the University Southern California (USC) East Los Angeles, and attended Nursing School, and she later opted out of nursing school, and attended Long Beach City College and studied Computer Science. In 1970, she married Willie Evon Gordon (deceased) and to this union three children were born Nikki, Eric and Christopher. Her career began in 1972 working at Fort McArthur in San Pedro, California as a Data Processor. In 1977, she was promoted to the Long Beach Naval ShipyardData Processing Center as a Data Processor and was promoted to various positions during her tenure. In 1987, she relocated to Austin, Texas with her three kids in tow. She started working for the Texas Army and Air National Guard Camp Mabry, Austin Texas as a Supply Technician and was favorably promoted during her tenure. In her final position as a Stock Control Officer, she completed her career with a total of 26 years, 9 months and 29 days when she retired. She attended Mims Chapel COGIC in 1998, and later visited St. Johns COGIC now known as Greater St. Johns (GSJ) COGIC, under the leadership of Pastor Anthony V. Monroe, Sr. and later became a member in 2001. As a member of GSJ she served in various roles and positions as the Licensed Missionary, Easter Services Coordinator for Good Friday Services, Purity President, Christian Women’s Council (CWC) Vice President, and she was also a member of the MLM ministry. She was also known as a Prayer Warrior. She loved the LORD, and her focus was to keep Heaven in View (HIV). Her favorite colors were black and red. She loved to bake and cook and eat fried catfish, collard greens, candied yams. Her family and most definitely her grandchildren were fans of her homemade banana pudding, sweet potato pies, and her delicious pound cake. She always made herself available to anyone anytime of the day or night who needed her, whether it was for a quick prayer or just to talk, she was there for everyone. Her words may not be what you always wanted to hear, but they were sound and stern and rolled into a lot of love. She is survived by her three kids Nikki (Patric) Fields, Eric (Renee) Gordon and Christopher, special daughter Toccara McNeely, thirteen grand kids, three sisters and two brothers, Shirley Curry, Debra Jones, Beverly (Ray)Bailey, Larry Mixon and Donald Mixon. She leaves her Uncle Early D Mixon. She leaves a host of other relatives, friends and church family Greater St. Johns and New Zion Hill.

https://www.flipsnack.com/alcbf/thomas.html Betty Louise was born in Malvern, Arkansas on October 26, 1950. She was second oldest born to her father and mother L.C. and Thelma Mixon. Her family relocated to Compton, California in 1952, and... View Obituary & Service Information

The family of BETTY LOUISE THOMAS created this Life Tributes page to make it easy to share your memories.

Send flowers to the THOMAS family.