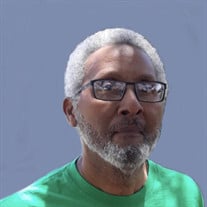 https://www.flipsnack.com/alcbf/siimpkins.html Arthur Lee Davis Jr was born November 17, 1951 in Austin, Texas, the oldest of four children to Arthur Lee and Mae Ollie McDowell Davis. Alongside his parents his maternal grandmother Dora Thompson (“Mama Dodo”) played a pivotal role in his upbringing. Family and those closest to him called him “Dee”. He gave his life to Christ at an early age and was baptized at New Hope Baptist Church under the leadership of Rev. O. T. Arnold. As a faithful member until his health failed he served in many capacities including Male Chorus, Usher, Sunday School, Vacation Bible School and Deacon. In 1969, he graduated from Austin High School. Dee continued his education at St. Phillips College in San Antonio, Texas. Later he completed his Associate Degree at Austin Community College. Dee enlisted in the United States Air Force specializing in Teletype Communications. After returning home he met and married his songbird Ruby Gooden of Bryan, Texas, whom he affectionately called “Shuga Wuga”. To this union a son was born, Devon Davis. Dee worked for the City of Austin Water/Wastewater Department for 23 years. After retiring he worked for Freeman Decorating Company. He enjoyed fishing, barbecue cookouts, and the great outdoors. But most of all he loved people and he never met a stranger. He was truly a people magnet. He was drawn to people and they were drawn to him; it was his greatest gift. Dee gained his heavenly wings on Sunday, May 23, 2021. He was preceded in death by his parents and maternal grandmother. Dee leaves to cherish his memory, his beautiful wife of 44 years, Ruby, one son, Devon Davis (Katrina) of Cedar Hill, Texas; four grandchildren, Elijah, Isaiah, Alana and Avery of Cedar Hill, Texas; three sisters, Beverly Davis and Dora Henderson both of Austin, Texas and Darlene Davis-Carroll of Houston, Texas and a host of extended family, neighbors and friends who will miss him dearly.

The family of ARTHUR Lee DAVIS JR created this Life Tributes page to make it easy to share your memories.

Send flowers to the DAVIS family.