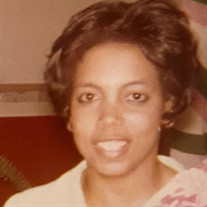 https://livestream.com/accounts/7325565/anitahardeman Anita Louise Thompson Hardeman lived a blessed life as a Wife, Mother, Grandmother, Mentor, and Friend. She was born March 31, 1941 to Louis Thompson and Lucille Turner. She attended Austin Public Schools, graduating from the Original L.C. Anderson High School in 1959. Anita continued her education at Nixon-Clay College and later Southwest Texas State, now known as Texas State University. In 1964, she united with the Greater Mount Zion Baptist Church. As an active member she served faithfully in the choir, as Director of the Youth Department, Junior Mission, and Mission II. Anita was instrumental and a founding member of the group who founded the Substance Abuse Ministry, now known as Celebrate Recovery. In 1995, Anita and Catherine Lee organized and developed the curriculum for the Children’s Church, which was later named Promiseland. Anita was the founding leader of Austin Inter Faith. She served as Co-Chairman of the Greater Mount Zion Baptist Church Deaconess from 1990-2000. She was charter member of the Missionary Baptist Convention of Texas Mission Two, where she served as the first Vice President. Anita was employed by the Selective Service as a stenographer at the Draft Board. She later transferred to the Social Security Administration, where she rose in rank to become a supervisor. After leaving the Federal Government, she became an insurance coordinator at the Austin Regional Clinic before retiring in 2000. She is survived by her husband Clarence Hardeman Sr., three sons: Clarence Hardeman Jr., Lawrence Hardeman and Kenneth Ray Hardeman and her Daughter-in-law DeAndre Hardeman. Her sisters: Doris Sneed and Debra Burton, six grandchildren: Erik Hardeman, Jessica Hardeman, Breanna Hardeman, Brandon Hardeman, Sherelle Gee and Julian Chambers. She also leaves a host of nieces, nephews, other relatives and dear friends that touched her life in memorable ways

The family of Anita Louise Hardeman created this Life Tributes page to make it easy to share your memories.

Send flowers to the Hardeman family.